To celebrate the launch of his best-selling biography, Million Dollar Crolla, ‘The Nicest Man in Boxing’ will be chatting with fans and signing copies of the book.

The event will be strictly by ticket only, available in advance via Eventbrite on a first come, first served basis here

Tickets are just £14.99, which includes a copy of the book – saving fans £4 on the RRP. Saturday 16 December – From 1pm – Selfridges, Trafford Centre, Manchester. 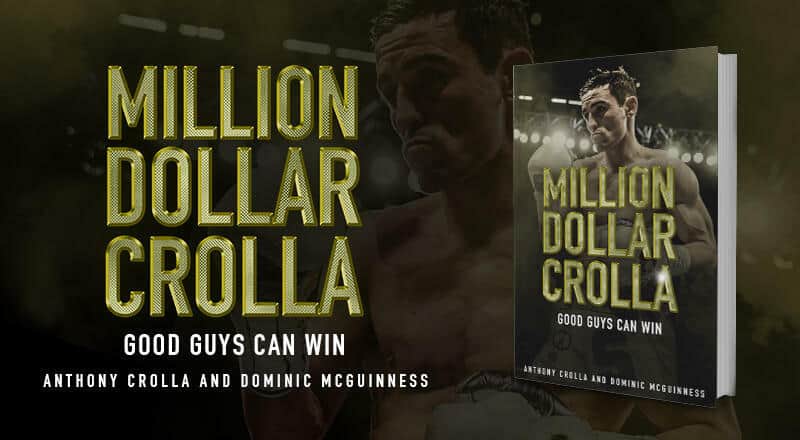 Million Dollar Crolla: Good Guys Can Win tells the unique story of the ‘nicest man in boxing’ and his remarkable path from prospect to has-been, from victim to world champion.

Written off by many, an office job beckoned for Anthony Crolla before a devastating but defining fight put him back on track.

After overcoming the demons of badly injuring a rival, Anthony’s boxing dream was again shattered after a neighbourly deed left him seriously injured.

Against all the odds, he fought back to win a world title in front of his home fans.

Covering key moments in a bumpy ride, the book gives unique insight into the preparations for the biggest nights of his boxing career – a rematch with the exceptional Jorge Linares and the must-win domestic showdown with Ricky Burns.

It’s access all areas, with insight to family life, media commitments and his passion for Manchester United, who he follows home and away.

Crucially, the book details the punishing training schedule, alongside his fellow champions at Gallagher’s Gym, which has helped him to the top.

WBN will be giving away three copies of the book from Thursday. Look out for the competition on site at www.worldboxingnews.net