The 38-year-old, who retired from playing in 2015 following almost two decades at the top of the game, says, ‘he wants a belt’ as Ferdinand bids to emulate ex-Birmingham City and Sheffield United man Curtis Woodhouse.

Since stepping away from football two years ago, Ferdinand suffered a personal tragedy as he lost his wife to illness and has since been keeping busy with TV work.

A run in the pro ranks beckons for Ferdinand though, provided he can make the grade, with former boxing champion Richie Woodhall to oversee the one-time England captain’s brave move.

Rio said: “When Betfair approached me about the Defender to Contender challenge, the chance to prove myself in a new sport was a real draw.

“Boxing is an amazing sport for the mind and the body. I have always had a passion for it and this challenge is the perfect opportunity to show people what’s possible. 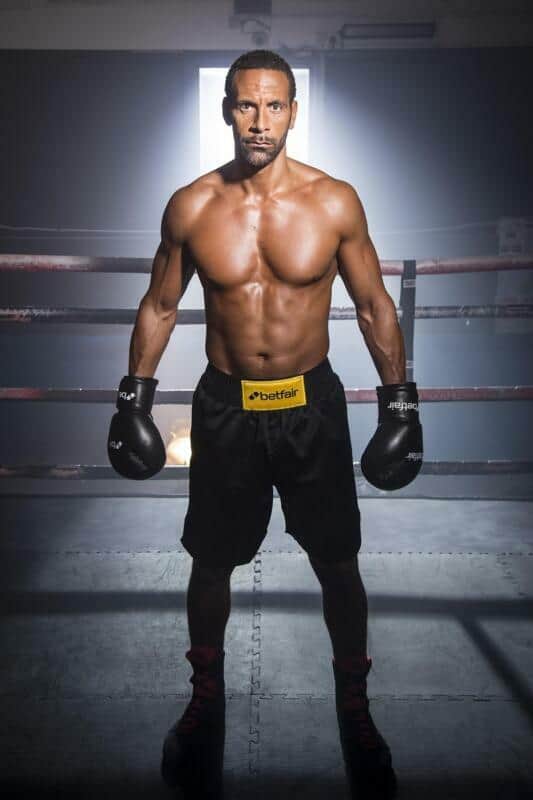 “It’s a challenge I’m not taking lightly. Clearly not everyone can become a professional boxer. but with the team of experts, Betfair is putting together and the drive I have to succeed, anything is possible.

“Woodhall said: “In all honesty, I think Rio can definitely box professional, given time. He has natural power in his right hand, is extremely fit, and is very enthusiastic to learn which is encouraging.

“Style-wise, he’s very raw and I’ll have to develop this which will take time but he has all the natural ingredients, height and reach advantages over boxers in his weight division and definitely has potential to win a title in the future.”