This Friday night will be American journeyman Matthew Greer as Browne bids to shake off fourteen months of ring rust in the opposite corner.

Browne, 38, has cut a frustrated figure out in the wilderness since being stripped of his world heavyweight title on the back of a controversial drug test failure.

A failure from his clash with Ruslan Chagaev ultimately resulted in the Australian being reinstated, cleared of any wrongdoing.

Months later, and as ‘Big Daddy’ was about to embark on a redemption attempt, a World Boxing Council Clean Boxing Program procedure flagged up the banned substance ostarine, and Browne was seemingly back to square one. 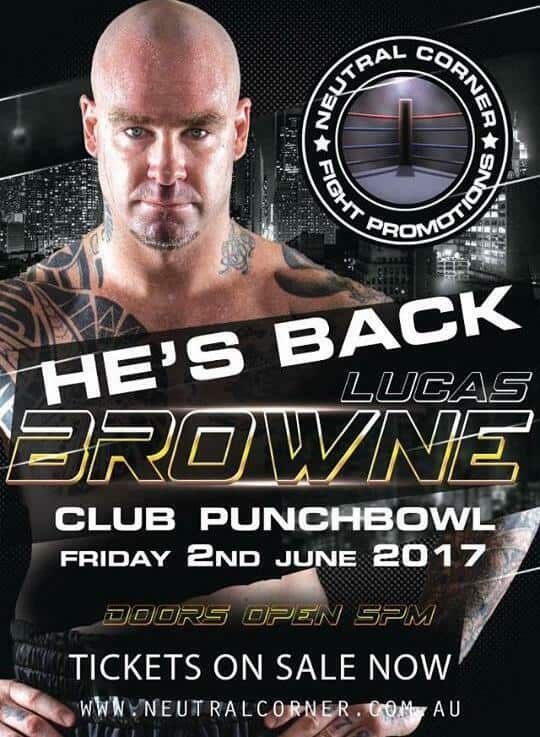 Always fiercely protesting his innocence, Browne has had some bad medicine to swallow since the whole debacle began in the spring of 2016 but is finally ready to fight following an exasperating fifteen-month absence.

Browne himself, who has been vocal about his desire to get back between the ropes for some time now, didn’t pull any punches with a previously short statement to WBN.

“I’m back, I’m pissed off, and I’m bashing everyone. I’m ready to take back what’s mine!” said Browne.

Opponent Greer has shared the ring with Hughie Fury, James Toney, Deontay Wilder, and Shannon Briggs but has been victorious since 2013.