Brook (36-1, 25 KOs), will make his fourth title defense fulfilling his dream of fighting in front of his hometown crowd at the 162-year-old Bramall Lane against mandatory challenger Spence, (21-0, 18 KOs), who will look to become the first American to dethrone an Englishman on British soil in nearly a decade

Live coverage of Groves vs. Chudinov will be provided by Sky Sports Box Office with sportscasters Adam Smith and Carl Froch and will begin at approximately 4:30 p.m. ET/1:30 p.m. PT exclusively in the U.S. on the SHOWTIME Sports Facebook page and the SHOWTIME Sports YouTube channel.  Fans can follow all SHOWTIME Sports social accounts (@SHOsports) on Saturday afternoon for the precise start time to Groves vs. Chudinov following undercard action from Bramall Lane stadium in Sheffield, England.  These platforms will be geo-blocked for U.S. only.

Below is what the principals had to say at Thursday’s final press conference.

“I’m just going to do what I do best, just turn up. I know Errol Spence is one hell of a contender. I respect him. But I’m fighting at home in front of my people. I’m going to draw energy from everyone who is watching the fight here and give him his first defeat.

“There is a lot on the line. I’ve made sure I’ve covered every angle at this point.

“I’ve got faith in me, in my team. My nutrition is great. My team wanted me to move up [in weight] but I’m a stubborn guy and the fight.  There was no way I was not going to take it. It’s my title. I’m going to defend it.  It took me my whole career to take the title. I’m passionate about it, this belt belongs with me.

“This is boxing. I love a challenge, that’s why I’m fighting the best in the division. I’ve proven these guys wrong before and I’m going do it again.

“[Spence] is an excellent peer and a very good fighter. It’s just going to be another day in the office for me.

“I think there’s going to be a lot of drama in the fight; we will both maybe hit the canvas. The fans are in for a fantastic night.”

“I’m not concerned about his home advantage. I love all boxing fans, and they don’t know yet, but at the end of the night they are going to be rooting for me. They’ll be my fans.

“I get motivated from everybody who wants to see me do great. I can’t wait for Saturday night to prove I’m the best welterweight in the world. I am the top dog in this division. I’m the one to watch for.

“I have the skills, I have the ability to beat Kell Brook.

“This is a lifelong dream of mine, something I have been dreaming about as a little kid. I’ve given my blood, sweat and tears to get here. This is my time and I will be a world champion Saturday night. I wouldn’t have come here if I had any doubts.” 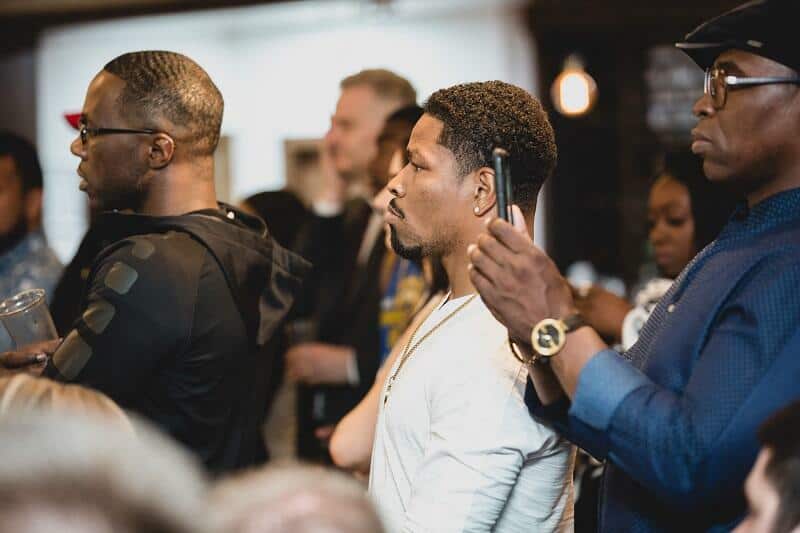 “I have prepared the best I possibly can. [Chudinov] is competing at the highest level and he’s relatively experienced against decent fighters, but I’m ready for everything. I have a few things up my sleeve. I’m in a really good place and I’m going to make that count.

“Some say his experience is one of his keys to defeat me. I don’t think so. I’m better than he is. I’m a better fighter than I was in my previous world title defense. You never know much about experience, you think you’ve got it but you never know. Hindsight is a powerful thing. I’ve learned a lot from my previous defeats.

“The pressure is on. I know that it is a long hard road back after a loss. I’ve been in the fight. It’s been a long time coming.

“I’m very excited; I’m hoping it’s a bit cooler by then, you know it’s pretty hot right now. I’ve fought in Sheffield before as an amateur and been very successful.”

“I’m an experienced fighter. I have seen one or two things in the ring. I’ve fought very good boxers in the past and I have been a world champion. I’m not intimidated by Groves. I’m confident of my skills.

“I have a very unique style. I’m from the Eastern European School of boxing. We don’t give up. We move forward. We are aggressive. Groves is underestimating me and that’s an advantage.”

“Kell Brook has talked about fighting here in front of his hometown crowd for a long time. He has talked about this being his dream to fight here at Bramall Lane. One man’s dream is another man’s nightmare and Saturday night it will be Errol Spence’s nightmare.

“If Errol Spence is trained by his trainer and fights anything like his trainer talks, it’s going to be a knockout by Kell Brook because his trainer can’t fight and can’t trash talk either.”

“Kell Brook is the guy that brings out the best fighter in Errol Spence. This great guy is going to bring out greatness in Errol.

“It doesn’t matter who you’ve fought to this point. Who did Leon Spinks fight before he beat Muhammad Ali? Nobody. ”

“We have a huge night ahead on Saturday. I think at this time everyone involved with the event and in the room would like to send their condolences to the families and [to] everyone affected by the tragedy in Manchester earlier this week. And of course our special thanks as well to South Yorkshire police for acting with us diligently throughout the week to ensure the safety of the fans Saturday night. Important, I believe for the whole country that major events go ahead without disruption.

“I would like to congratulate both teams for taking this fight. It’s been widely documented that Errol Spence is a very tough, mandatory challenger for Kell Brook. It was never an option for Kell Brook to vacate this title. Well done to Errol Spence for coming over and taking the challenge to fight in the U.K.

“Both guys want this fight. They weren’t pushed in to it. They wanted it and they got it.

“This fight is one that really lit up the world of boxing, across social media, with the worldwide media. I think this is ‘the’ fight of 2017—a clash between the No. 1 and No. 2 world welterweights in boxing.

“This is SHOWTIME’s third trip to the U.K. in the last 5 weeks, and we love it. This is a big fight for the U.S. market. It is getting a tremendous amount of attention.