Huck, Briedis, Hammer all set for Dortmund night of champions

The ring was situated at the world famous football club of Borussia Dortmund, directly near the stadium at Signal Iduna Park, which houses 80.000 spectators and is the biggest stadium in Germany.

A surprising visit happened at the beginning of the training session as Borussia goalkeeper Roman Weidenfeller wanted to see the champions fight. “I´m a big boxing fan”, the former German national keeper said, “whenever it´s possible I try to see boxing live. I believe in Marco and

“I´m a big boxing fan”, the former German national keeper said, “Whenever it´s possible I try to see boxing live. I believe in Marco and Christina on Saturday night!”

Hucks opponent Mairis Briedis is unbeaten in 21 fights (18 KO´s). The athlete from the Latvian capital of Riga proved to be in very a good condition. “I´m well prepared, I worked

“I´m well prepared, I worked hard and anything else we´ll see on Saturday. The chances are fifty-fifty.” 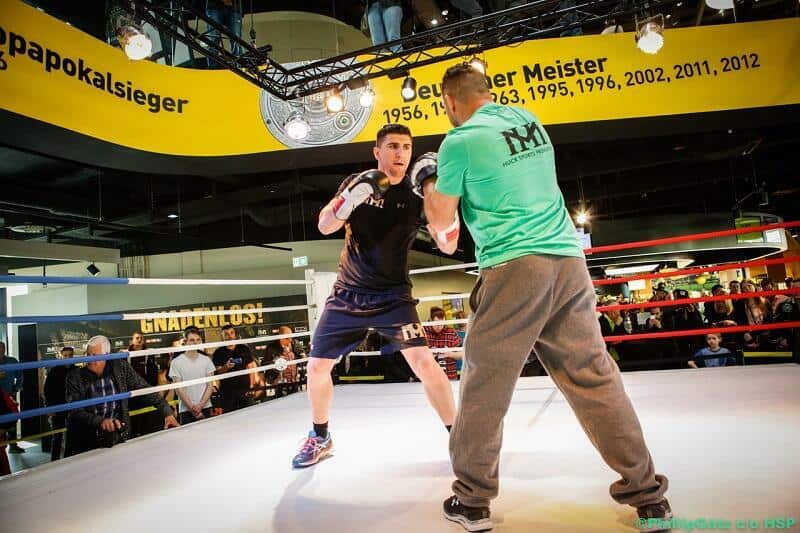 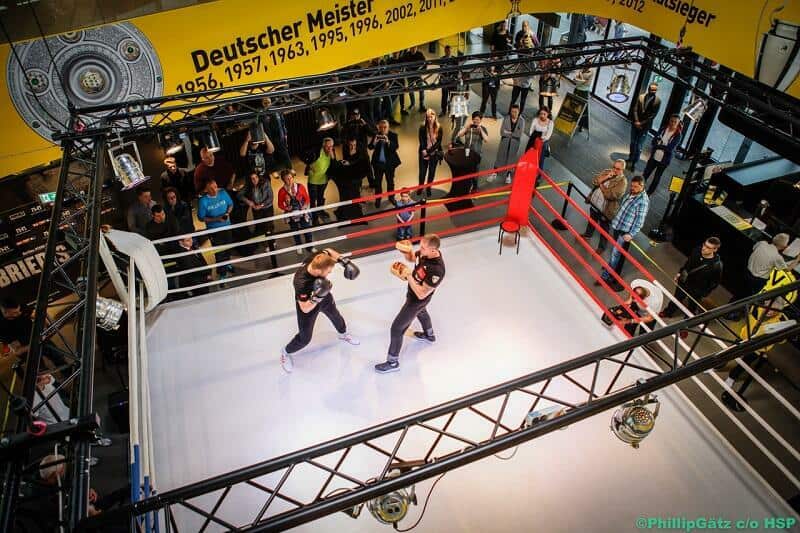 IBO cruiserweight champion of the world Marco Huck also was good in shape. He showed hard hits in the workout with trainer Oktay Urkal and the audience were deeply impressed.

“Physically I´m in the best condition ever,” the champion said. “And because of my special diet, I have no problems with the weight. Now I want to go into the ring and cannot wait until Saturday. It´s time to fight!”

For WBC and WBO championess Christina Hammer, it will be a very special evening. The unbeaten fighter from Dortmund has a real home match in the arena Westfalenhalle.

“A dream comes true. I will do everything not to disappoint my fans!” said a happy Hammer.