In a career spanning five decades, the now 54 year-old two-weight undisputed champion of the world did it all, but there’s always one incident that rears its head in any interview with the ’84 Olympic bronze medallist.

That infamous night when ‘The Real Deal’ shared the squared circle with Mike Tyson, known then as ‘The Baddest Man on the Planet’, produced a moment in the history of the sport nobody will ever forget.

In a revenge mission dating back seven months to his stoppage loss at the hands of Holyfield, a vengeful challenger in Tyson took to the ring at the MGM Grand in Las Vegas and for two rounds did all he could to ruffle the feathers of the champion.

When the pattern of the rematch contest began to mirror the first, and with Holyfield refusing to back up, Tyson bit a chunk of his opponent’s ear off and spat it to the ground like a rabid dog.

Obviously shocked and in pain, Holyfield jumped up and down before informing referee Mills Lane of what had transpired and having Tyson rightly thrown out for what was a shocking and brutal act. 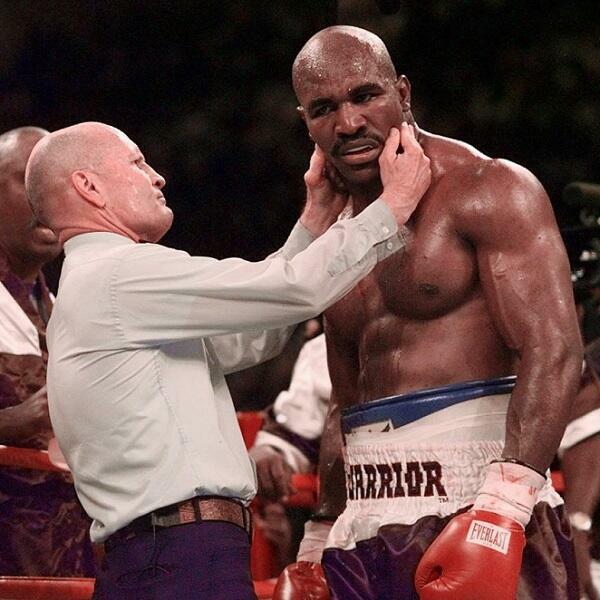 You could easily forgive Holyfield for holding some sort of grudge against the man who took a piece of his flesh, although this has never been the case for the 56-fight veteran who has been on glowing terms with Tyson for some time since.

Asked tentatively whether it bothered him that despite all his career highlights and standout moments, most fans with only ask him about THAT bite incident in the years that followed, Holyfield gave a response that is only a testament to his gracious character.

“Not at all, because when you talk about Tyson, you have to talk about how great he was,” Holyfield exclusively explained to World Boxing News.

“So, when people talk about Tyson to me, it don’t bring anything negative into me, for the simple fact of the matter that Mike and myself were on the same squad trying to make the Olympic team (in 1984). I made it, but he didn’t make it, and here’s a guy that could have just quit, but he continued what he wanted to do and became amazing in the eighties.”

Holyfield was then quizzed as to whether the ‘amazing’ Tyson he spoke of – who reigned as a feared king from 1985 until 1990 – could have been beaten by anybody in history at his peak between the ages of 20 and 24, to which he replied: “It’s hard to say because it’s like saying could Tyson have beaten Trevor Berbick when he first turned pro or did he fight him at the right time?

“Trevor Berbick was a good fighter, so could Mike have jumped out of amateur and beaten a Berbick or a Bonecrusher (Smith) – all the top guys at the time?

“At the time, Mike had great people around him. And when I say great, I mean people who could move him towards the top, getting him up the ladder. He also had the publicity to get people interested straight away. The publicity for Mike Tyson at that time was just astonishing. They were talking about him being worth more than a whole football team.

“The people he fought, he knocked them out but it was amazing that the whole show was just Mike Tyson. You’ve never seen so many people so compelled by this individual, but when it blows up (as it did against Buster Douglas in 1990) people are still hooked on him because he’s the guy that knocked all these people out.

“Either way, he’s a person that when it all came down, Mike did something that nobody else could do. Along with his crew, he was able to capture the imagination of everybody. Here was a guy that could go out and beat anybody. 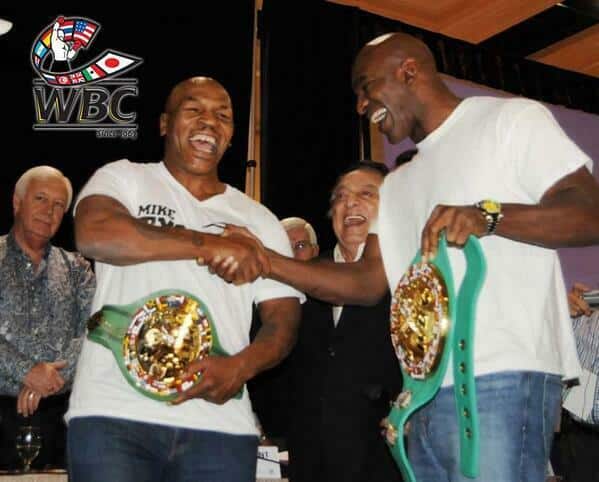 “You look at the amount of attention on Muhammad Ali and the way Ali had it back then, but here was a guy that had it all in a short period of time. You’d have thought Tyson had been fighting for twenty or thirty years at that time.

“You can’t take away what he did in the 80’s, he was the youngest champ and that will always be respected,” he added.

Since the 1997 incident two decades ago, the pair of greats have been pictured together on several occasions and even played up the incident in an advert for Holyfield’s BBQ sauce a while back.

Holyfield’s attitude is a refreshing example of how things should go down, as what happens in the ring stays in the ring, and yet another reason why the man is so respected in boxing circles and continues to be held in such high regard.