Eubank, the current IBO super-middleweight title holder, responded with a call-out after Bellew played down the Brighton man’s title win earlier this year and offered to bulk-up in order to settle their differences.

“Don’t get too brave mate. It took you six rounds to beat a man with one leg,” Eubank said regarding Bellew’s March 4 win over David Haye who fought bravely with a ruptured achilles at the O2 Arena.

“David’s injury made the fight even. Everyone knows without that injury you would’ve got banged. Rematch or come down to Super-middleweight and I’ll show you what boxing is about.”

As things became more personal, Eubank added: “Lay off the pizza and donuts for a while and you’ll make it. Then everyone will stop laughing at you for having the body of a bus driver!

“Me and you at a catchweight, my pen’s ready,” he said. 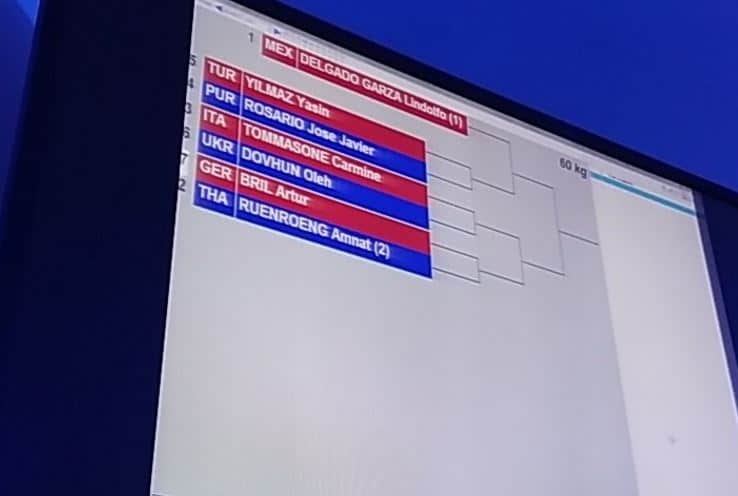 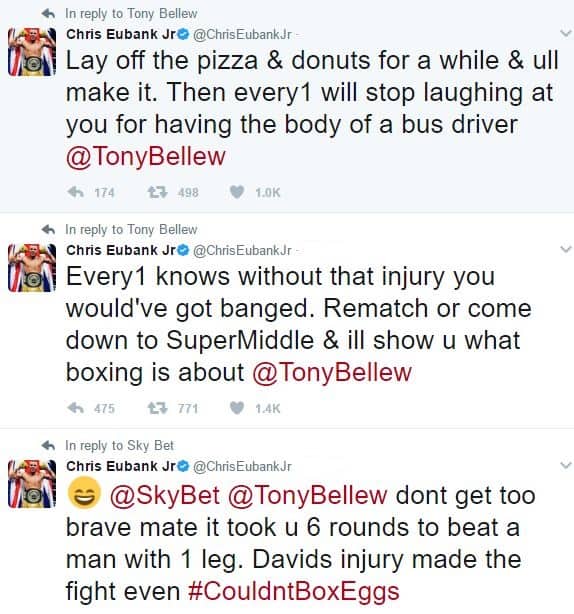 At the moment, 32 pounds plus separates the two fighters, meaning any talk of a possible battle remains just that.

Eubank has fended off similar comments from many different UK boxers but remains focused on his plan to take on the world’s best at 160 and 168 pounds.

On the back of Gennady Golovkin’s victory over mandatory challenger Daniel Jacobs, Eubank is one of two men in the frame for a title challenge in Kazakhstan after missing out on the fight last September.

Kell Brook stepped in when a contract dispute halted the bout, although ‘GGG’ and his team remain open to the option, along with Eubank’s ex-foe Billy Joe Saunders.