Linares (41-3, 27 KOs) dethroned Crolla (31-5-3, 13 KOs) in a close, back-and-forth battle last September in Manchester to capture the WBA crown. The Sept. 24 match was the first time the three-division titlist Linares was pushed the 12-round distance in his nine career world title fights.

Crolla has had success in immediate rematches. In 2015, he challenged Darley Perez for the WBA Lightweight Title and fought to a draw. Four months later, he knocked out Perez in five rounds to win the 135-pound title. 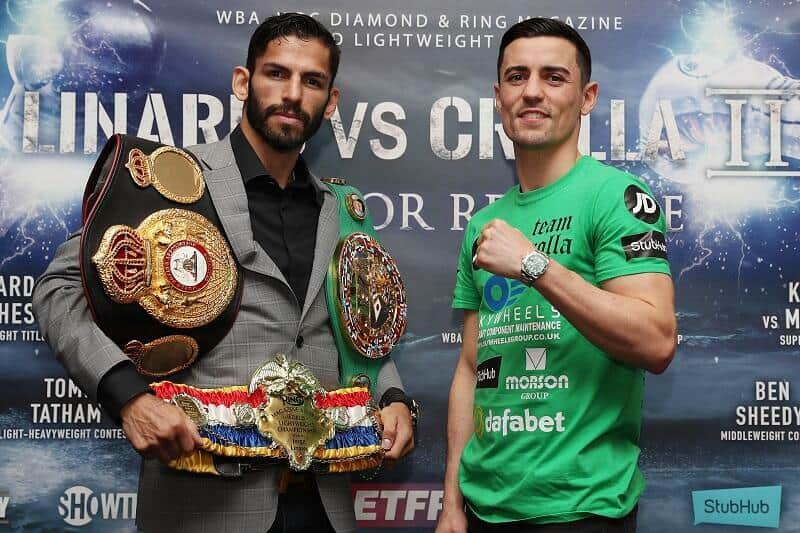 Garcia (36-0, 30 KOs), who won the WBC belt in emphatic fashion this January on SHOWTIME, may be scouting his future opponent – the WBC has mandated that the winner of Linares-Crolla II must face Garcia.

Here’s what the fighters had to say at Thursday’s press conference: 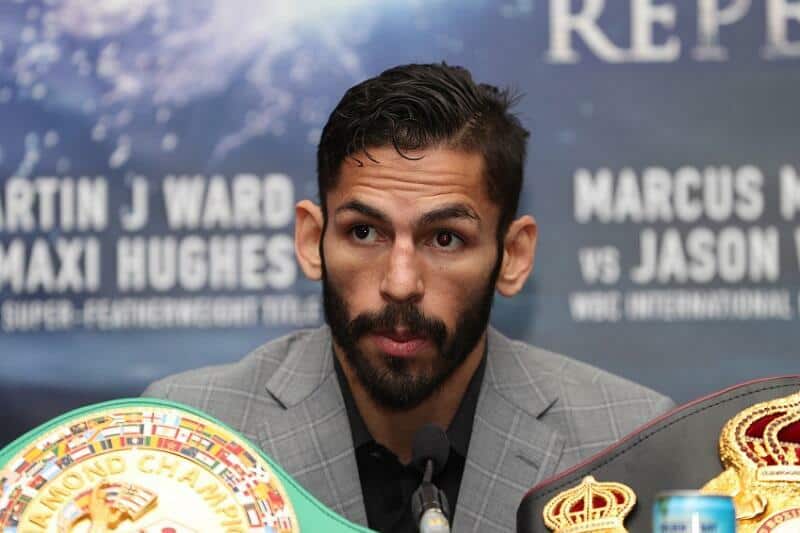 “I know once again I have everyone against me in his backyard, but that’s why I trained hard.

“It’s going to be a different Crolla this time. I have to perform like I know I can to defend my belts.

“I had a great camp. I’m anxious. I can’t wait to show you on Saturday night, put it all together and return home with my belts.” 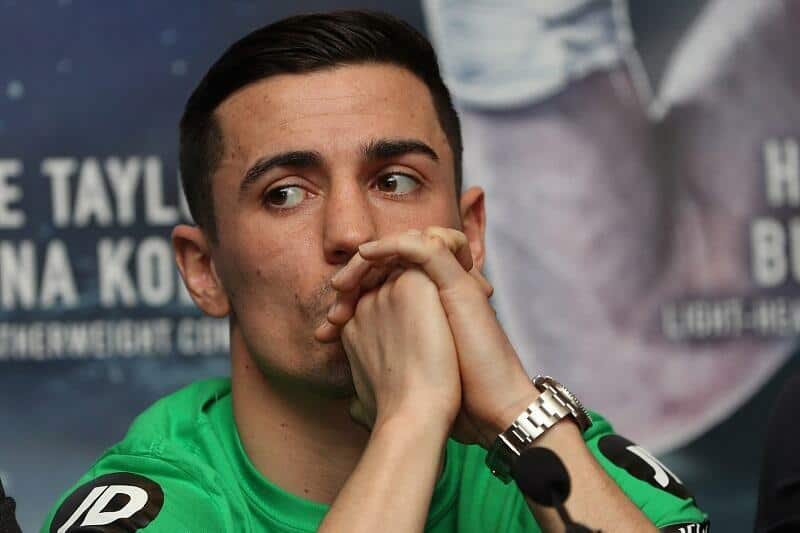 “I’ve always been better going in as the underdog. I know on Saturday night I’m going to need to be the very best Anthony Crolla to beat Jorge Linares. I really believe that if I show the improvements that I’ve made in the gym then I’ll get my belt back.

“I’ve got to be cutting off the ring quicker this time. I’ve got to respond in bunches a little bit more. There are so many obstacles that are going to be put in front of me from Jorge Linares, but I believe I will have an answer for every one of them.

“It was one of the fights of the year last time. I can certainly see us both being even better this time.

“There’s a lot of people out there who think there is no way I can beat Jorge Linares, but I believe on Saturday night I’ll prove an awful lot of people wrong.”