Srisaket Sor Rungvisai was given a majority verdict at Madison Square Garden on Saturday night in a bloody war despite losing a point for several head clashes in the fight.

Gonzalez, who looked noticeably small for the weight in only his second fight at 115 pounds, struggled to contain the tough Thai throughout the fight, although his work rate and accuracy proved to be key in securing what seemed to be another victory.

Eyeing up the statistics, the numbers show Gonzalez landing a whopping 441 punches of 1013 thrown compared to Srisaket’s 284 from 940.

‘Chocolatito’ can feel somewhat aggrieved by what has since come to light after losing one of the most impressive records in the boxing world whilst being just two bouts away from Floyd Mayweather and Rocky Marciano’s 49-0 record. 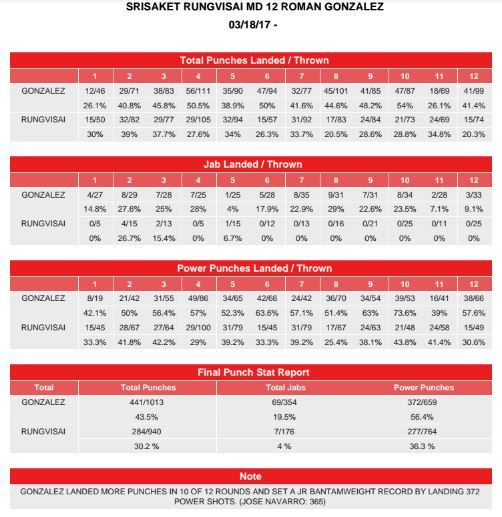 Hopefully, the World Boxing Council will order an immediate rematch, even though the damage has already been done from what couldn’t seriously be called a robbery but was still a highly debatable decision.

Srisaket it due to meet ex-foe Carlos Cuadras as mandatory challenger next, whilst Gonzalez may consider a move back down to 112 pounds in the future.