The 36 year-old suffered the injury midway through the contest and it was then just a matter of time before Haye was stopped.

A Freuds representative for Haye updated WBN on the situation: “David underwent surgery to his right Achilles this afternoon, after completely rupturing the tendon during Saturday night’s fight with Tony Bellew. David would like to thank everyone for their many messages of support, as well as the staff at the hospital.”

Haye looked a shell of his former self prior to the ailment though as the Londoner failed to ignite from the off and whimpered his way to a third loss from 31 bouts.

Take nothing away from ‘The Bomber’ though as Bellew did what was needed to take Haye into deep enough waters before coach Shane McGuigan threw in the towel to end his misery. 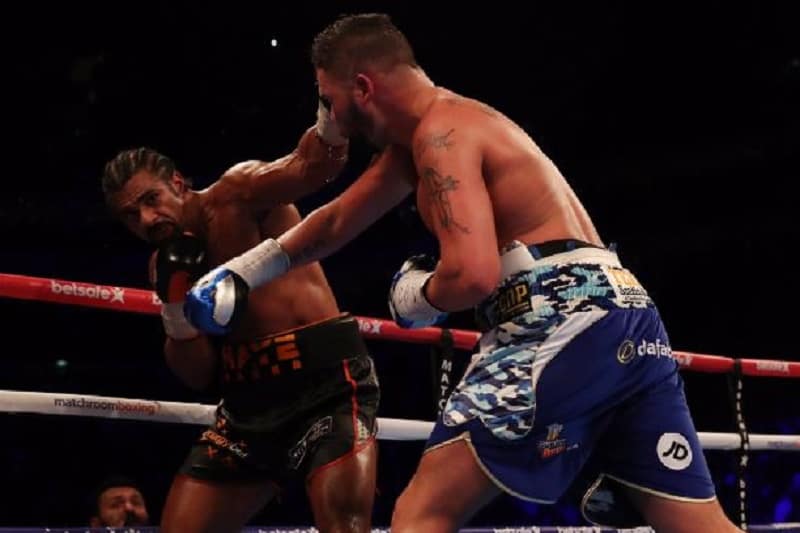 The first four rounds were something of a cat and mouse game but Haye’s predicted onslaught never came and Bellew had a far easier night than expected. Winning the first two sessions on the WBN scorecard, Bellew started brightly before conceding a couple of rounds and then completely taking over.

Looking spent from the fourth onwards, Haye was dropped in the sixth after shipping an unheard of amount of punishment as Bellew piled on the pressure.

A flurry in the eleventh sent Haye through the ropes and there was no way back for the former world ruler.

Talk of a possible rematch is on hold until Haye recovers and Bellew himself receives treatment on a broken hand.