In front of a crowd of 12,346 fans, Wilder was able to give his home state crowd another scintillating victory. Although Washington stole some of the early rounds, Wilder’s patience paid off as he was able to find his pace and finish Washington in the fifth frame.

In the blistering televised opener, Dominic Breazeale (18-1, 16 KOs) stopped previously unbeaten Izuagbe Ugonoh (17-1, 14 KOs). Ugonoh controlled the fight early landing heavy blows to both Breazeale’s body and head, but Breazeale was able to compose himself and stormed back to knock out Ugonoh in impressive fashion.

Here is what the fighters had to say following their bouts:

“It was all about timing. I’m very smart when it comes to using different tactics in the ring.

“Fighting here in Alabama is a blessing. The people here show up to support me and I love them for it. I’m always going to support and be here for my Alabama family. To see the crowd’s response tonight meant a lot to me.

“As I’ve been saying, I’m looking to unify the division. I think it’s critical to have one fighter and one champion, and that’s Deontay Wilder. Let’s hope Joseph Parker is ready for me because I’m definitely ready for him.” 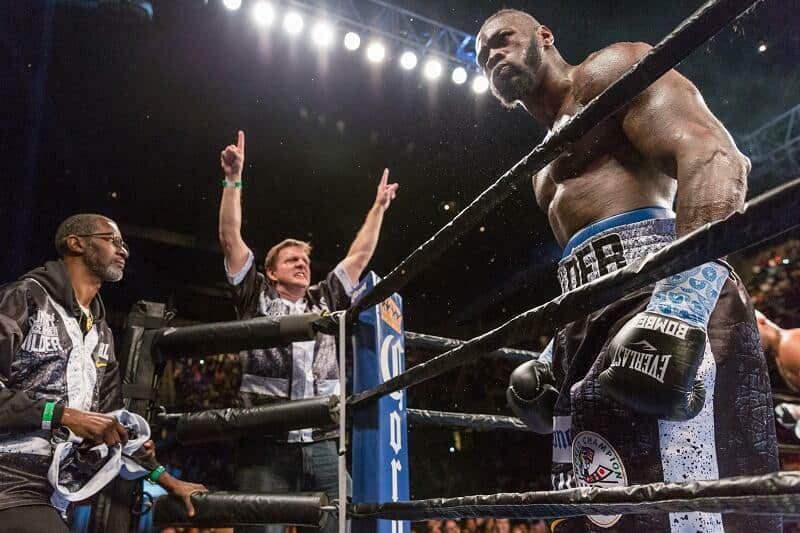 “I just got a little impatient. I was trying to go for it. It was an even boxing match. I could have kept it like that and kept it boring. I don’t know why I fell asleep there. I guess I lost a little focus.

“I caught him with one shot when he was coming in. But instead of me keeping that play going and keep pushing him back and keep him in control by keeping him in the center of the ring, I tried to get on him. I was trying to play a little counter punch role and catch him coming in. He just caught me.

“It’s just an experience. You have to follow the game plan and stay focused, stay patient. You may not get all the shots you want in the beginning, but you have to play the game all the way out and then things will start to happen.”

“We wanted to take our time with him because Harrison can box and move. But every time he fights he wears down toward the end.

“During the sixth round, he caught me with a good shot inside my left eye. But I managed to fight through it and get the win.

“It feels great to be a champion. I’ve never had a feeling this great before. It’s pure Accokeek power. I can finally pull my pants up now. My pants were falling down, but I finally got my belt.” 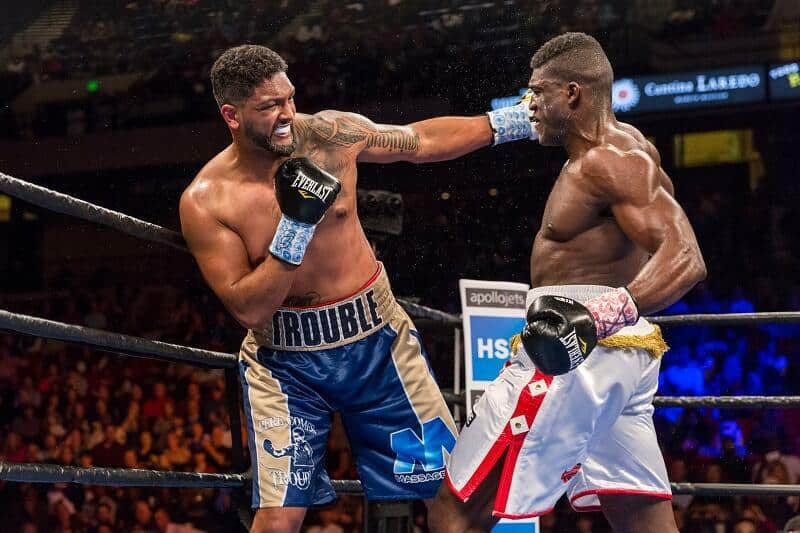 “It took a little time for me to find my pace, but eventually I found my Rhythm. Izu came in in great shape and with guns blazing. He came at me with some stuff that I wasn’t expecting. Him being the lighter guy I wasn’t really expecting the power he possessed.

“I was able to connect some big shots tonight, especially with my right hand. You see what happens when I put him down and he never really recovered.

“Coming off the loss to Joshua, this win puts me right back in there. This is what I’ve always asked for. My team does an incredible job of getting me any fight I ask for, and I wanted to fight an undefeated guy like Izu. He’s a big, strong, athletic guy.

“Tonight, the story was about me having the heart of a lion, getting knocked down, but getting right back up to finish this fight.”

“I expected that I was going to knock him out. I believed I would accomplish that, but he didn’t surprise me with anything. I was landing some good shots to both his body and his face.

“Breazeale showed a lot of heart though, and I think that his experience really helped him. I think a fight like Anthony Joshua really helped him realize that he could take anything and win the fight. He did that tonight.

“Honestly, I just got tired. I gave him what I had and then I got tired. When he came back at me I wasn’t able to keep up and finish through on my game plan.

“The plan was to really use my double jab, and I’m not making any excuses. This is the fight game. This was a great opportunity for me, a big step up, and I was hoping to get it done. I didn’t, but that is part of sports. I’m not used to losing, but that time came today. I’m still a dangerous man to fight.”