The fight was fought largely on the inside, which Broner said was because he hurt his left hand in the first round and couldn’t work off his jab. Regardless of the reason, Granados was able to make the fight into the rough affair he had predicted. 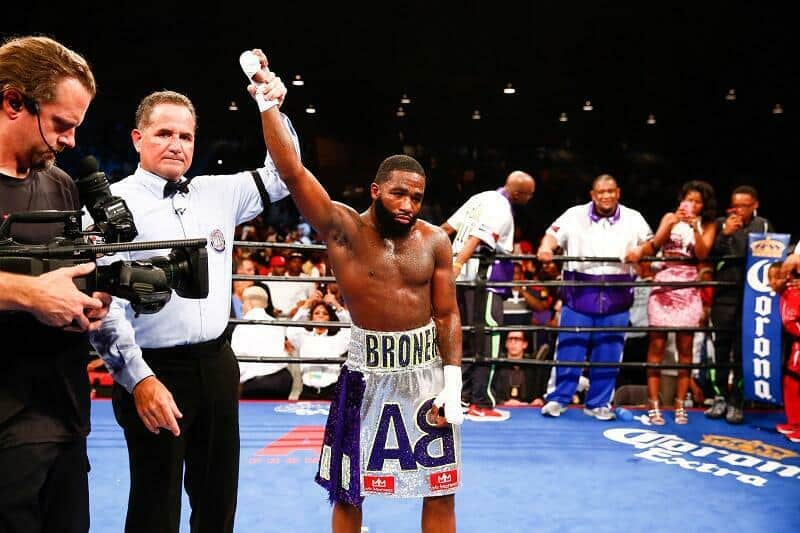 “I knew that Adrian Granados was going to come tough,” Broner said. “At the end of the day, I was beating him up. This was an easy one for me. I feel good.

“Adrian Granados is a world class fighter, a lot of guys duck him but I wanted to fight him because that’s what I’m about. Inside this ring it’s business. Granados is a great friend of mine. It’s nothing personal.

“I’m taking my career more seriously and being more positive. I want to apologize to everyone who looks up to me and has seen the foolish things I’ve done. I’m ready to be a better role model, a better father figure and a better star for everyone. “

Granados clearly disagreed with the decision and voiced his displeasure post fight.

“I understand, I don’t have a perfect record, but I can beat any of these guys. You have seen the scorecards. Split decision. Come on. Give me another one. Let’s do it again. I can’t wait to watch this fight, because I know I won.

“Come to my house. He fought smart and did his thing. If he thinks he did it this time, let’s do it again. Let’s do it in my house. Come to Chicago.”

The fight was fought at close quarters from the start. Peterson attacked on the inside instead of working off his jab, as was largely his game plan when he unified the 140-pound division. Avanesyan and Peterson traded body punches and uppercuts, but it was Peterson who was more fluid and effective in the second half of the fight. Peterson committed to the body in the later rounds, connecting on 98 shots to the body over 12 rounds. 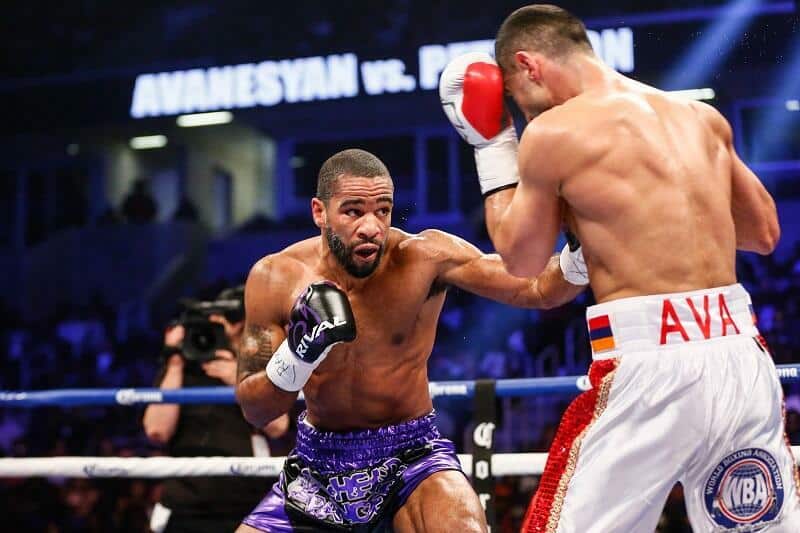 “I was expecting to pick up where I left off,” Peterson said of his 16-month layoff. “That may seem like a long time, but if you’re in the gym it’s not a long time. I took some steps forward tonight. We’re looking to get back in camp and keep moving.

“I expected to put pressure on him the way he did. I didn’t think he would fight back as hard as he did. He showed he’s a champion and shows he’s at this level. I want to fight anyone in the welterweight division now.”

Avanesyan admitted it was a close fight but thought he did enough to get the decision.

“I thought that I was landing my punches more cleanly while his punches were being blocked,” Avanesyan said. “Lamont is very good but I thought the judges were impressed with his movement, but I had the power.”

The southpaw vs. southpaw scrap was chippy from the opening bell. Browne capitalized on his significant reach advantage and controlled the distance with his jab, as Williams struggled to fight effectively on the inside.

In a bizarre second round, the undefeated 2012 U.S. Olympian scored a knockdown with a straight right and then cracked Williams with a left hook to the back of his head while he was on his knee. After some confusion, referee Ken Miliner correctly deducted a point from Browne and gave Williams five minutes to rest. Williams took the nearly full five minute allotment but never seemed the same when he returned. 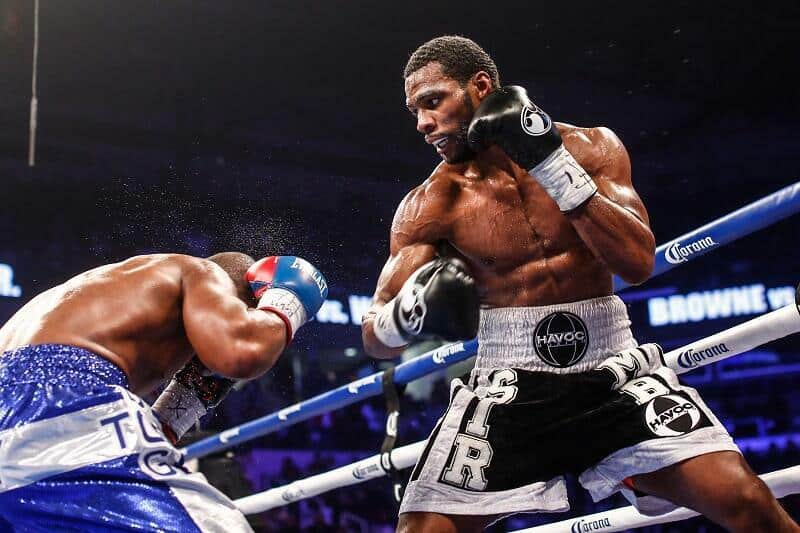 Browne floored Williams again in the fourth with a counter right hook, Williams beat the count but consistently ate shots as he struggled to gauge the distance. The third and final knockdown of the fight happened courtesy of a right hook in the opening minute of the sixth. Williams remained on the canvas complaining of an injured jaw, and failed to beat the 10 second count.

“He didn’t’ look like he went down, so I made sure he went down,” Browne said of the incident in the second round. “He was trying to stand up in the squat position so I pushed him down a bit more. He was in a squat – I didn’t see his gloves. I’m sorry. I wasn’t being dirty.”

The Staten Island native then called out WBC Light Heavyweight World Champion Adonis Stevenson: “Adonis, just give me my chance. Let’s go. I want that strap.”

Saturday’s tripleheader will re-air Monday at 10 p.m. ET/PT on SHOWTIME EXTREME. It is also available on SHOWTIME ON DEMAND and SHOWTIME ANYTIME.