The belt will also be the pinnacle and summit accolade that the WBC will award to the fighters who have a date with destiny, honouring the traditional dates of May 5 (Battle of Puebla) and September 15 (Independence Day).

On May 6, Julio Cesar Chavez and Saul Alvarez clash.

The WBC President clarified that this is not a championship belt but a prestigious prize to boxers fighting on the most important and representative dates of Mexico. 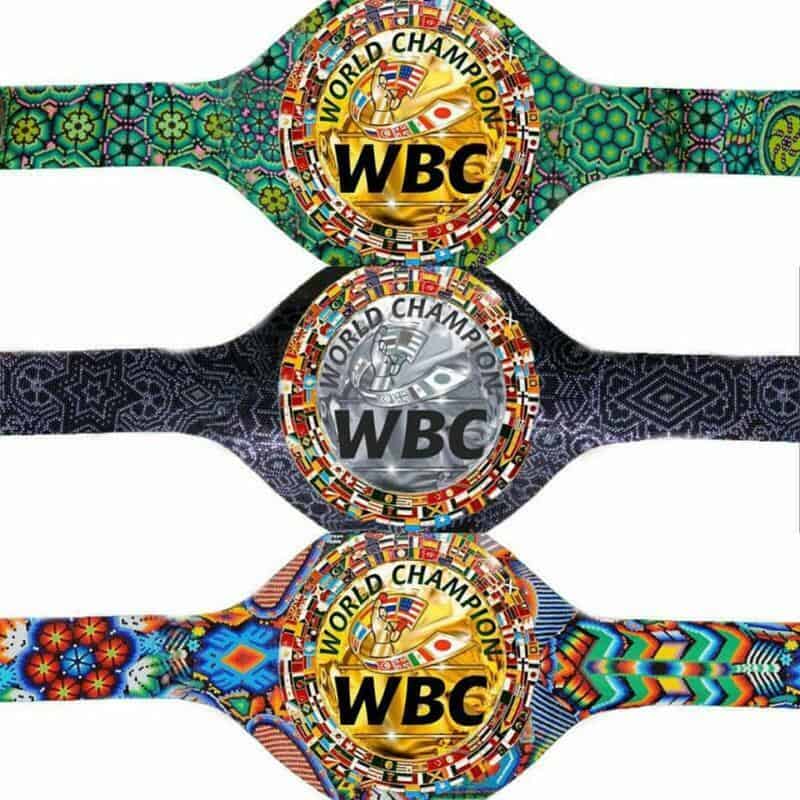 He also commented that this artistic masterpiece will be made by Huicholes and it will be named after former Mexican President Adolfo Lopez Mateos, in honor of his great as well as willpower inspirational efforts to establish the WBC. He was such a fan, even practiced the sport himself as an amateur.

This belt will carry two special ceramics a coin better known as centenario and another of the former Mexican President.

The belt will highlight copper and silver and according to the talks with the representative of Huicholes, it’ll take approximately six weeks to burnish and perfect.