The 34 year-old, who is training for a March 4 clash with Haye at the O2 Arena in London, took a swipe on the chin from the ‘Hayemaker’ at the kick-off press conference as the rivals went head-to-head.

In what he described to WBN in the aftermath as a ‘coward’s move’, Haye was unrepentant for the blow, which is the second time the two-weight champion has hit an opponent outside the ring.

Similar happened to Dereck Chisora in 2012 before Haye eventually took the Londoner out in five rounds at West Ham’s Upton Park Stadium, although Bellew is planning a much different ending to this fight.

Asked whether he would be putting any special measures in place before the pair go face-to-face again imminently, Bellew insisted he was unfazed despite a possible risk to the fight should a similar incident happen again. 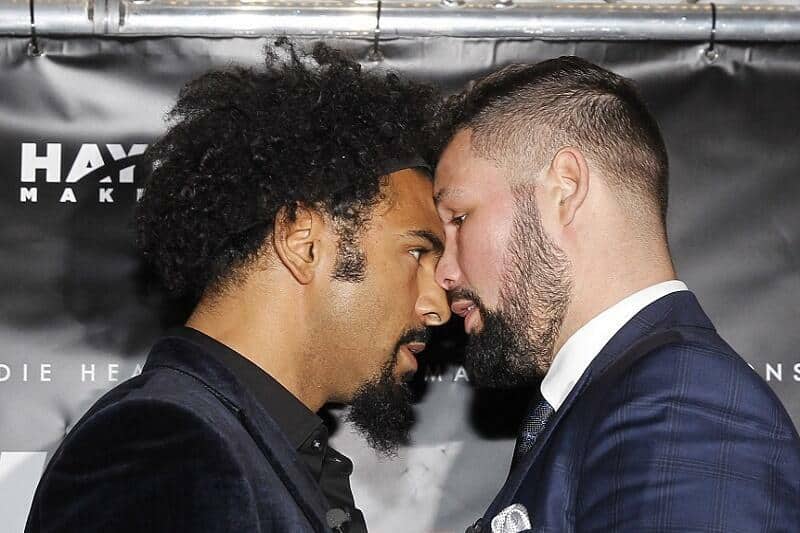 “I haven’t asked for any measures to be put in place but he will probably turn up with ten bodyguards this time. I’ll come with the same two that I’ve always come with,” Bellew exclusively told World Boxing News.

“We come face to face this week so we will see what happens this time, but he’s basically a f***ing coward for throwing a punch at me without gloves on. I won’t let it go unless he apologizes as he knows he was bang out of order!

“It’s possible he could of broke my jaw or cut me, and imagine if I would have hit a hard floor? He’s just a coward, simple as that!

“He didn’t want to hear the truth and that’s why he got so close that I needed to push him. Soon enough he will have to listen to me,” he added.

A win for Bellew leaves the door open for an extended stay in the top division, whilst Haye is already on the verge of a world title shot and would be able to pursue the likes of Anthony Joshua and Joseph Parker if successful.