A stellar amateur career saw the Irishman snapped up by promotional super-powers Top Rank in late 2016 and Conlan is aiming to hit the ground running when he takes to the stage at super-bantamweight against Tim Ibarra on March 17.

“It’s unbelievable for me to be headlining anywhere on my debut, but for it to be MSG it’s truly overwhelming,” Conlan exclusively told World Boxing News.

“I’m grateful for the opportunity and I would like to thank my management, plus everyone at Top Rank for making this possible.” 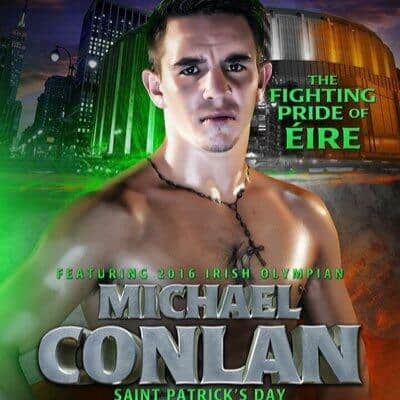 WBN’s Fighter of the Year for 2016, Vasyl Lomachenko has soared since making his own debut at Top Rank in October 2013, winning two-weight world titles and becoming a force in the paid ranks on the back of just eight professional contests.

Asked whether he would be looking to emulate the speed of success enjoyed by the Ukrainian, Conlan was cautious but optimistic he could make his own impression over time.

“I don’t think it will happen as quick as Lomachenko,” said Conlan, who informed WBN in October he would be looking to begin his pro run at the six-round limit. “We’ll see how this first fight goes then we’ll decide the pace we would like to move forward at.

“I’m not feeling any yet, but this is the kind of pressure I thrive on. I know I have the hopes of a nation resting on my shoulders and it’s something I carry with pride.

“In 2017, my hopes are simply to break into professional boxing and start to make big waves, beginning with my grand arrival on March 17th at MSG.”

On a final note, Conlan was queried about his future homecoming later this year and whether brother Jamie, an 18-0 contender at super-flyweight, would feature as part of the Belfast event.

“Yes, I think it’s a huge possibility,” he confirmed. “I think we could share a bill on my homecoming fight. It will be great for both of us to fight as professionals together at home.

“I’ll have at least one fight at home per year, so I think it’s highly likely to happen,” added Conlan.

More details of Conlan’s debut are due to be revealed on Wednesday morning at MSG Chase Square, NY.