Aleem ended Khytrov’s 14-bout winning streak as the 23 year-old claimed the vacant WBC Silver title in a real barnstormer of an encounter.

The fight swung one way and then the other as the pair traded blows from the off, with a second helping later in the year most welcome after six enthralling sessions.

The Women’s WBO Super Bantamweight title was on the line as Amanda Serrano recorded a ten-round triumph over Yazmin Rivas on the cards. Judges came back with scores of

Former Floyd Mayweather sparring partner Thomas Dulorme (picture by Mayweather Promotions) dominated Brian Jones for the duration of their contest before the referee finally stepped in during the sixth.

Jones took a mass of punishment and could have been halted in the third before eventually going down to a seventh loss. Dulorme is now 24-2. 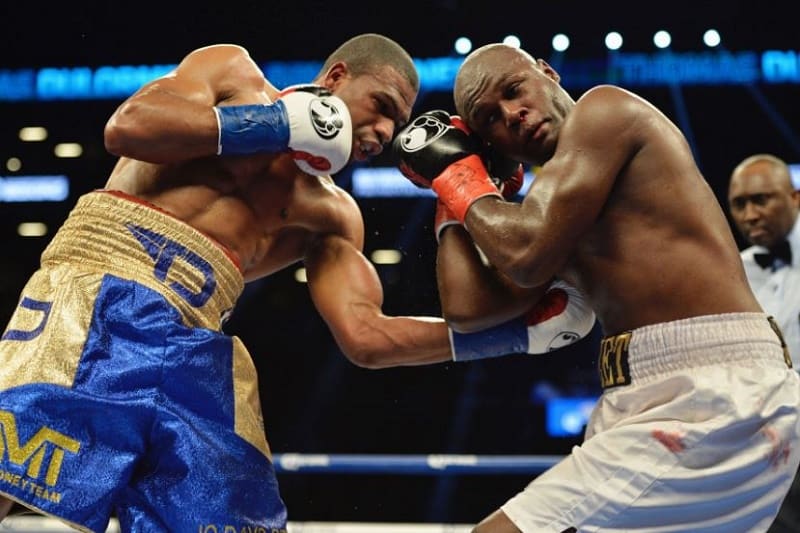 Heavyweight Adam Kownacki halted Joshua Tufte in the second round to take his C.V to 15 wins without loss. The 27 year-old New Yorker has now stopped 12 opponents early as Kownacki continues his push towards titles.

Noel Murphy improved to 8-0 with a six round decision win over previously undefeated Max Sainvil at welterweight, whilst in the same division, Kenny Robles made a successful debut by out-pointing Latorie Woodberry over four.