The press conference was held in the arena in front of a massive crowd of media and fans. The championship event will be produced and distributed live by HBO Pay-Per-View beginning at 9:00 p.m. ET/6:00 p.m. PT.

Golovkin and Jacobs have an extraordinary, combined 35 consecutive knockouts heading into this highly anticipated battle.

Below are quotes from the participants:

“I’m very excited for this fight, I have a great deal of respect for Danny Jacobs. This is the best place for boxing, Madison Square Garden, The Mecca of Boxing. The best channel for boxing, HBO, the best companies, JORDAN Brand and Tecate.”

“I want to thank so many people who played a part in this, my family, Madison Square Garden for allowing us to have this fight here and HBO along with so many other people who have followed our careers and allow this opportunity to be so big. This is truly one of the biggest fights this year.” 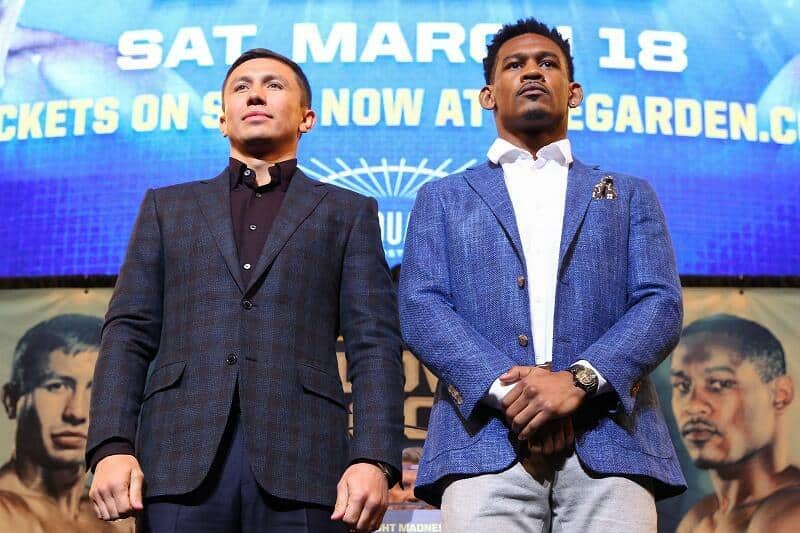 “Both of these champions here set the stage for the type of promotion this will be. We have a tremendous media turnout here and we’ve had a great response since we officially announced the fight. We can’t thank everyone enough involved for putting this promotion together.”

“The ticket prices start at $100 and there were 5,000 in that price category when we put tickets on sale. We’ve had a tremendous reaction from the fans as far as ticket purchases. The response to ticket sales is well above our last event here in October 2015 which sold out.” 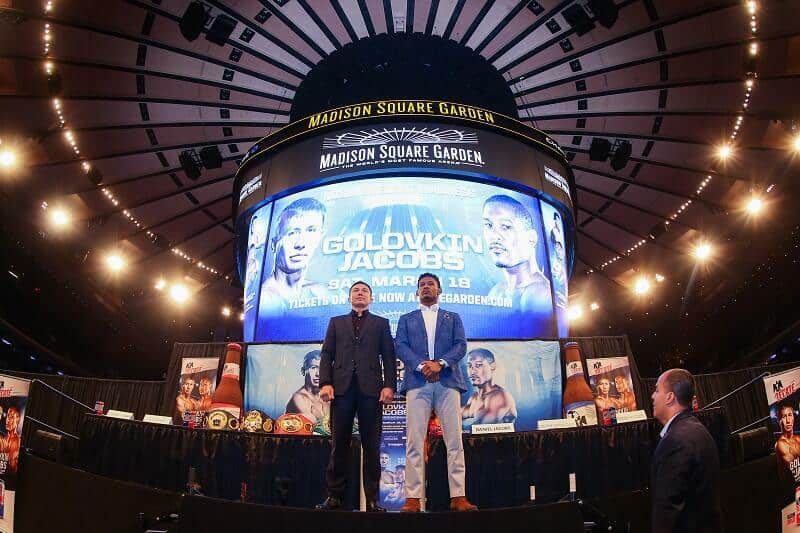 “I think both guys are in their prime and you’ll see the best of both of them come March 18th. I think whoever comes out on this fight on top will be the superstar in the sport.”

“I think on fight night, people are going to be really surprised, not only do I think Danny wins but I think he’s going to be dominant. I think halfway through the second round people at ringside and Gennady himself will realize he’s in there with a totally different animal, I think he bit off more than he could chew this time. I don’t think people are giving Danny enough credit for what he’s accomplished.”

“With 32 victories and 29 knockouts, Danny’s one of the biggest punches in the middleweight division and with Gennady’s knockouts I don’t see this fight going the distance, it’s a can’t miss fight and I think it’s the biggest fight of the year.