The pair of music industry giants have agreed to trade blows following a social media feud, with Mayweather promoting a three-round battle in 2017.

It's official, Mike Tyson says he will be training Chris Brown for his fight against Soulja Boy. pic.twitter.com/Jr1mHoTDeR

Mayweather Promotions have billed the fight, ‘Put your guns down and gloves on’ as Tyson prepares to coach Brown for his ring debut on PPV.

Tyson ruled boxing with an ‘Iron’ fight during the 1980’s and was the top PPV star until Mayweather overhauled the New Year in the 2000’s.

With two retired ex-pound for pound kings on board, the Chris Brown v Soulja Boy animosity is on course to be settled in the spectacular fashion. 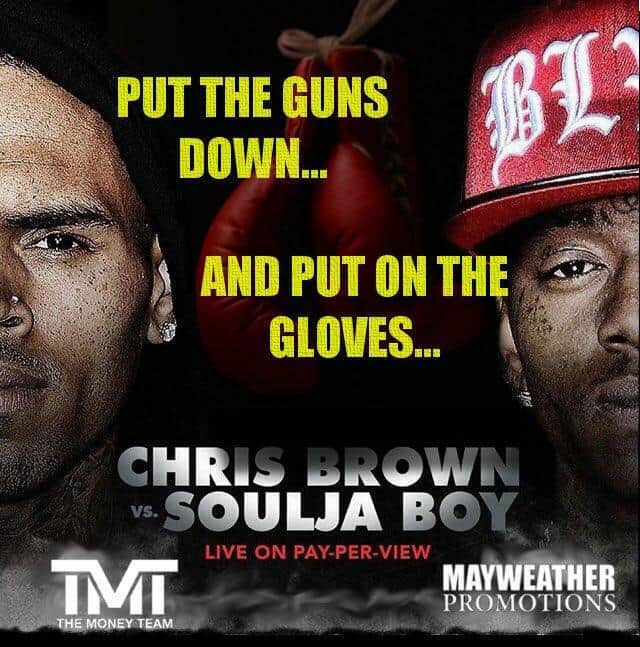