The 40 year-old cited a slight injury for pulling out of a world heavyweight title fight with Anthony Joshua or his own date in Hamburg, whilst manager Bernd Boente stated Klitschko would have been able to fight on December 10.

A contract against any opponent wasn’t forthcoming, leaving Klitschko to take the rest of the year off – with return to action set for the spring of 2017.

Due to WBN policy, Klitschko will now drop out of the ratings as there is no intention for the Ukrainian to fight or line up a return before the end of November.

That would mark one-year since ‘Dr. Steelhammer’ last fought and means Klitschko drops out of the WBN Pound for Pound rankings for the first time since their inception. 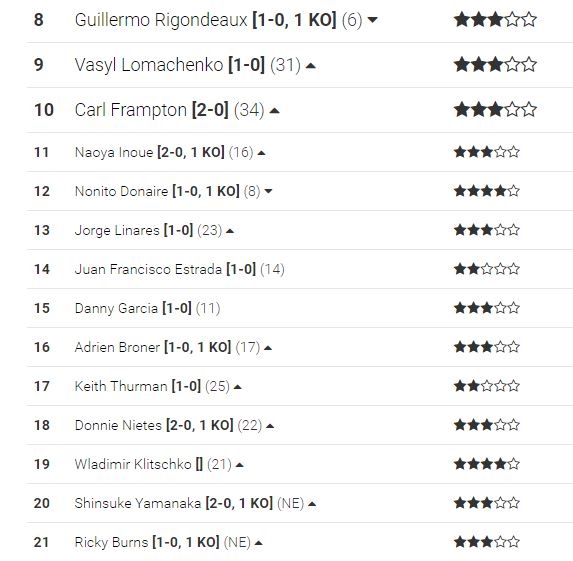 Had the WBN ratings been around in 2002, Klitschko would certainly have made the Top 50 back then, thus ending what would have been a 14-year stay in the world’s elite.

A world title victory next year would no doubt mean a place back in the Top 20, at the very least, as Klitschko was sitting at number 19 following his defeat to Tyson Fury.

Prior to that, Klitschko had been rated in the Top 5 from the first day the system was posted online.

WBN’s pound for pound rankings are based on world title wins, multi-weight titles, calibre of opponents, manner of victories, longevity and activity in a calendar year.

Star ratings are based on achievement in the sport.

*Fighters who fail to arrange an upcoming fight for twelve months will forfeit their ranking.