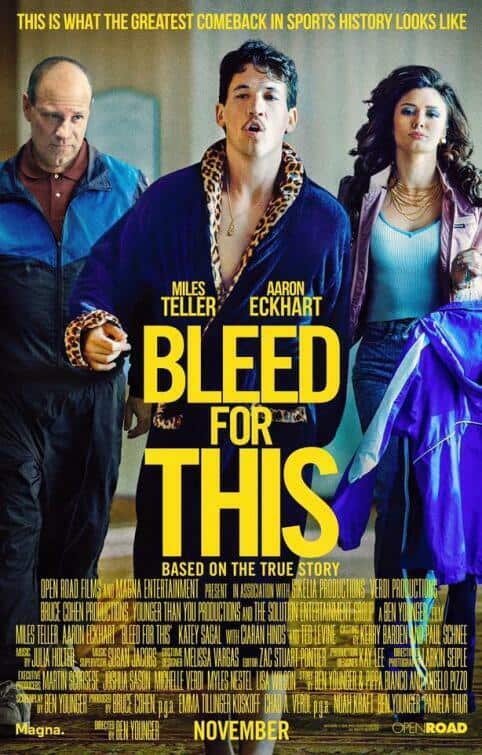 The film begins with the meteoric rise of Pazienza, who quickly became a two-time world champion. Debuting in 1983, the Cranston, R.I. native won 23 of his first 24 fights and established himself as a power in the lightweight and junior middleweight divisions. Shortly after winning his second world title in October 1991, Pazienza was forced to relinquish the title after a serious car accident, in which he suffered a broken neck. Consulting with doctors and specialists, Pazienza was informed that he might never walk again – let alone fight.

Pazienza worked tirelessly, against doctors’ orders, to continue his training regimen after his accident, despite wearing a Halo metal brace screwed into his skull to keep his spine aligned. With the help of legendary trainer Kevin Rooney, Pazienza would spend the next year of his life training and rebuilding his strength to box again. He would return to the ring for an epic showdown with WBC World Junior Middleweight Champion Luis Santana to fight to regain his title and prove to the world that his injury did not defeat him.