The talented American is only behind compatriot Floyd Mayweather Jr. and HBO tag team Roman Gonzalez and Gennady Golokvin in the pecking order after claiming yet another world title.

Crawford is now being linked to a massive payday against Manny Pacquiao on November 5th before another lucrative move up the ladder to mix it in boxing’s big money division at 147 pounds.

The likes of Danny Garcia, Keith Thurman, Kell Brook and Jessie Vargas could all be future opponents for Crawford, whilst the ultimate challenge against Mayweather cannot be ruled out either for 2017. 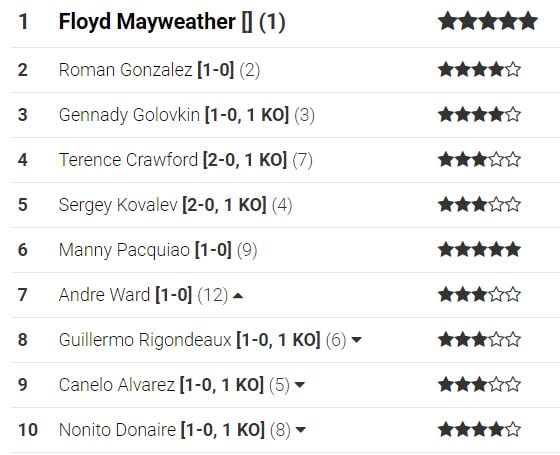 ‘Bud’ has already been nicknamed ‘a younger Mayweather’ on the back of his performance at the world famous MGM Grand in Las Vegas as Crawford extended his unbeaten run to 29 bouts.

There’s no doubting Crawford’s current position as the best 140 pound operator in the sport and many are now questioning who would begin as favourite should the Pacquiao fight eventually be made.

Whether promoter Bob Arum has had a change of heart about the fight remains to be seen as Crawford continues to enhance his reputation as one of the most elusive boxers out there.