The exciting middleweight battle is set to broadcast live in the U.S. by FOX Deportes and will be available in English via live stream by Ring TV, both starting at 7:00 p.m. PT/10:00 p.m. ET. Below are what the fighters had to say about their upcoming bout:
DAVID LEMIEUX, Former IBF Middleweight World Champion:
“I’m just coming back from a big fight, but I’ve moved on. I am ready to step into the ring to win.
“I’m glad to be back home with all the fans who have supported me throughout my career. People who see this fight will get their money’s worth, it’s going to be an exciting fight.”
JAMES DE LA ROSA, Middleweight Contender:
“I am here to fight. I had a great training camp and feel confident that on fight night I will be the best.” 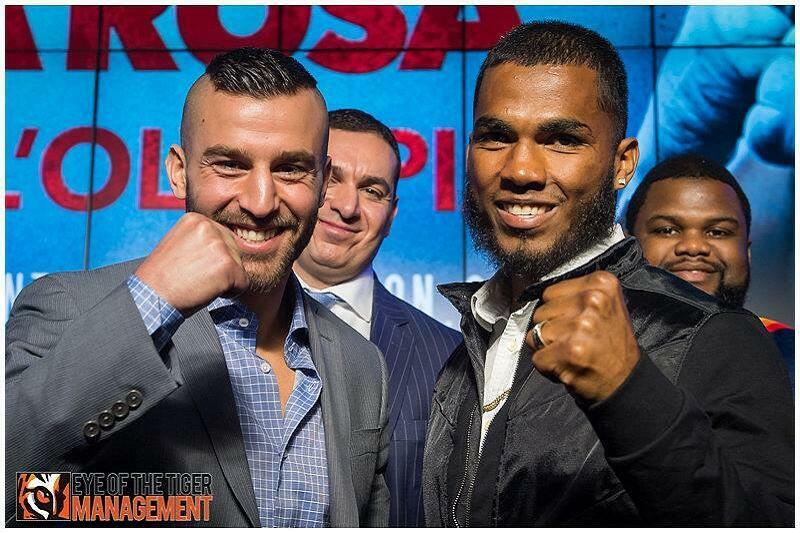 CAMILLE ESTEPHAN, President of Eye of the Tiger Management:
“We have done our work in and out of the ring and we are happy to announce that everything is set in motion for a wonderful gala this Saturday at the Olympia.
“We also look forward to watch our young and fierce future champions on the undercard take on some serious opponents and of course happy to have David with his home fans.”
David Lemieux vs. James de la Rosa is a 10-round fight presented by Eye of the Tiger Management in association with Golden Boy Promotions. Doors open at 6:00 p.m. E.T.and the first fight begins at 7:00 p.m. E.T.  The event will be broadcast in HD for $59.99 and $54.99 in SD on Indigo and all pay-per-view channels across Canada starting at 9:00 p.m. E.T. and the undercard will be televised by TVA Sports starting at 7:00 p.m. E.T. The U.S. broadcast is presented by FOX Deportes and via live stream by Ring TV starting at7:00 p.m. PT/10:00 p.m. ET.