Tickets for the live event, which is promoted by DiBella Entertainment in association with Warriors Boxing and Sferis Knockout Promotions, start at $25, not including applicable fees, and are on sale now. Tickets can be purchased online by visiting www.ticketmaster.com, www.barclayscenter.comor by calling 1-800-745-3000. Tickets are also available at the American Express Box Office at Barclays Center. Group discounts are available by calling 844-BKLYN-GP

Here is what the fighters had to say Tuesday:

“I’m just happy to be here in New York. There’s so much great history, especially in the heavyweight division, in this city so I’m really happy about the opportunity. It’s the media capital of the word and I get to fight at Barclays Center. It’s an exciting time.

“I consider myself the most athletic heavyweight in the division today. I’ve surrounded myself with good people and they’ve helped me get to this place where I am now. I’m happy for it.

“I’m from Tuscaloosa just like the Alabama Crimson Tide and they call Tuscaloosa ‘Home of the Champions.’ There’s no better place to be a champion and I’m very proud of the National Champs.

“I’m happy that Szpilka got this opportunity. I’m sure he’s excited and overwhelmed. Most fighters don’t get this kind of chance. At the end of the day though, he’s never faced a fighter like me.

“This is big for me. Being in New York and making history, that’s a dream come true. I’ve been looking to come to Brooklyn for a long time to display my talent. Barclays Center needs a face and I’m looking to make it a home away from home.”

“This opportunity to fight for a title and on SHOWTIME is something great. I’m here to make history.” 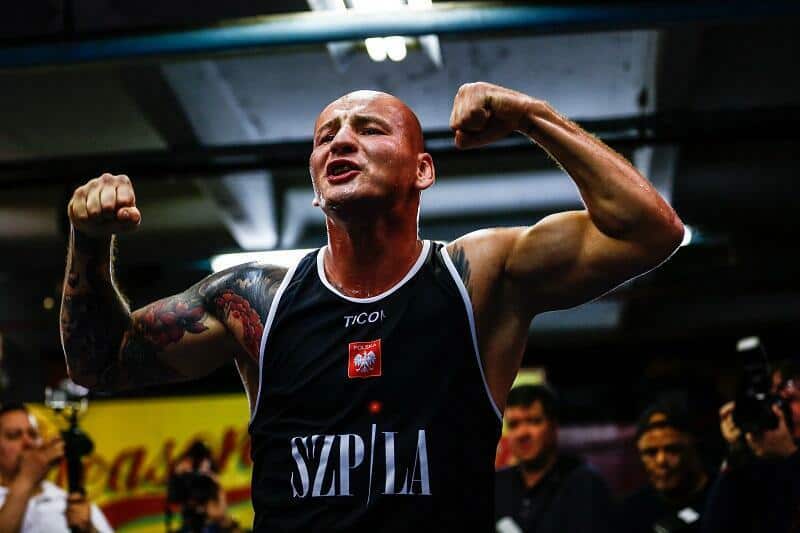 “Getting to this point is very exciting but it will feel even sweeter when I walk out of that ring with the belt on Saturday. Heavyweight boxing is back.

“We want to go in there and figure this guy out. We’re going to break through the barrier and end up on the other side a world champion.

“I’ve been doing my normal work in camp. We had some great sparring that got me ready for Saturday night.

“I’m not one to talk except when the media brings it out of me, but I definitely prefer to let my hands do the talking.

“I feel really good. I’m ready. My body is coming back stronger after training in Big Bear, California.

“This is the heavyweight division. One punch can change anything. I’m coming to be the IBF World Champion.” 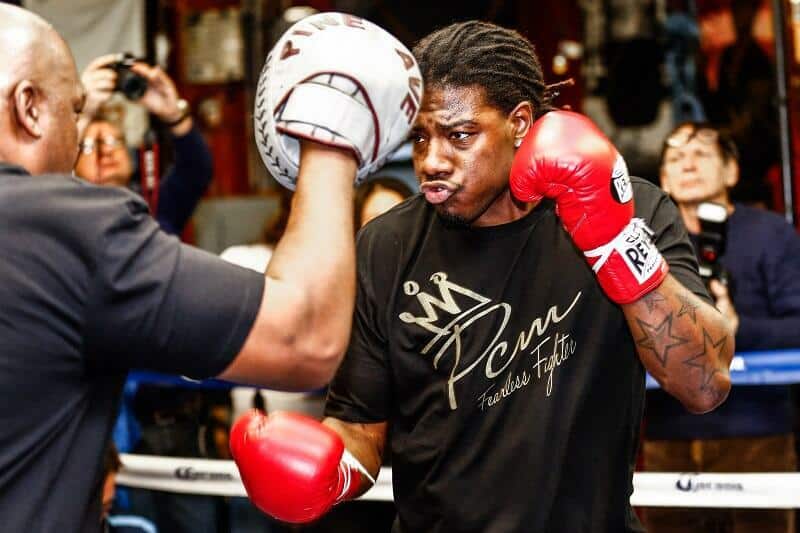 “I’m only going to pay attention to what’s going on in the ring. If I relax I will be successful.

“I would like to take care of this bout and then work on unifying all the titles.

“My opponent has some skills but I have faced the better opposition. Power alone does not win a fight.

“I was always more successful fighting the bigger guys, so I am not worried about his size.

“My sparring partners were all perfect in preparing me for this fight. I am very confident in my preparation and it will show on Saturday night.

“I’ve seen some video of him. He’s definitely a tall guy. I’ve prepared especially for my opponent and anything he can do in the ring.”

“I don’t care who I’m fighting. I want that belt. No one is going to take it away from me. I’m promising a night of fireworks.

“I’ll fight anybody. I’m a fighter at heart. I want all the world titles. I want to be an undisputed champion. Whoever they put in front me, I’m taking down.

“It’s an honor to fight at Barclays Center. I’m so thankful to have this opportunity. 2016 is going to be the year of Latino boxing.

“I’m thankful for everyone who has supported me and if you stay with me I promise you’ll never be disappointed.”

“This is a great opportunity for me on Saturday night and I’m really looking forward to fighting on a big stage like at Barclays Center.

“I have big goals in this sport and I know that every single fight is very important to do your best. I’ve trained very hard to get into this position and I’m not going to let it slip by me.

“No matter who is put in front of me, I want to excite the fans. I’m going to come forward and get the knockout.”

“I’m very excited to fight on such a big card at Barclays Center. It’s the first heavyweight title fights in Brooklyn in 115 years and I’m proud to be a part of that night.

“I think I’m going to have to box this guy. Everyone wants to win by knockout and if all goes to plan, that’s what we’ll see.”