Leonard, who himself reign as pound for pound best in his glory days, was asked his thoughts on the prolonged heavyweight reign of Klitschko, along with relative newcomer to stardom – Golovkin.

‘GGG’ has powered his way to pay-per-view status in a four-year spell of demolishing all opposition in front of him and now stands on the verge of being recognised as the world’s best.

Golovkin firstly needs to defeat fellow champion David Lemieux on October 17 and follow it up against the winner of Miguel Cotto v Canelo Alvarez a month later.

Klitschko, on the other hand, faces undefeated Briton Tyson Fury on November 28 ahead of a potential unification against WBC title holder Deontay Wilder in 2016.

“I mean, Klitschko is a great champion and a gentleman also, but I think he needed to fight more in the United States. He is so popular in Europe and has lots of fans, so he and his brother Vitali have been able to do what they do time after time,” Leonard told World Boxing News.

“Gennady Golovkin is one of those fighters that goes into the ring with one thing only on his mind – a knockout. Golovkin has that one track mind where he just wants to do damage. He’s done well so far and is rightly considered a top fighter. 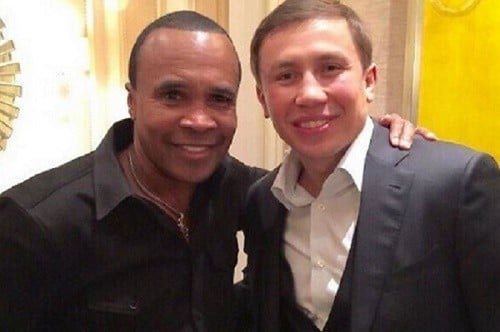 “I’d like to see a fight against Andre Ward as Andre is the perfect strategist and Golovkin would be attempting to land bombs the whole time. It would be interesting to see how dealt with that and if it’s possible for Golovkin to take even more power up to 168 with him, which is a scary thought!”

Finally, asked his thoughts on who may come out on top in the fight between Cotto and Canelo, Leonard answered: “Canelo and Cotto is a great middleweight match-up and just one of those fights where you have to just sit back and watch what happens. A meeting of two great warriors.”

Part three of the exclusive Sugar Ray Leonard interview will be on the WBN website by the end of this week.