The press conference audience was thrilled as the fighters made their entrance to an impressive pyrotechnic display. The excitement in the crowd continued as both fighters faced off and spoke about their upcoming 12-round fight for Cotto’s WBC and Ring Magazine Middleweight World Championships, which takes place Saturday, Nov. 21 at the Mandalay Bay Events Center in Las Vegas. In addition, Jose “Chepo” Reynoso, manager and trainer for Canelo Alvarez, serenaded the crowd with an a capella rendition of the favorite Puerto Rican tune “Que Bonito Puerto Rico,” in a show of respect to the fans in the audience.

The press conference stop in Bayamón, Puerto Rico capped a busy week for Teams Cotto and Canelo. By the end of the week, Cotto and Canelo visited four cities in two countries, spanning four time zones, traveling 9,500 miles and encountering thousands of screaming fans in five days. Wherever they went, fans and the media were a buzz about the anticipated showdown between Cotto and Canelo, with many making early predictions that the Nov. 21 middleweight championship will be crowned ‘Fight of the Year.’

Both fighters are now heading off to their respective training camps in Los Angeles at Wild Card Gym for Miguel Cotto and San Diego, Calif. for Canelo Alvarez to prepare for their epic showdown on Nov. 21.

“The world is talking about this fight. The rich history between Mexico and Puerto Rico makes this truly exciting,” Golden Boy Promotions Chairman and CEO Oscar De La Hoya on Aug. 24 in Los Angeles. 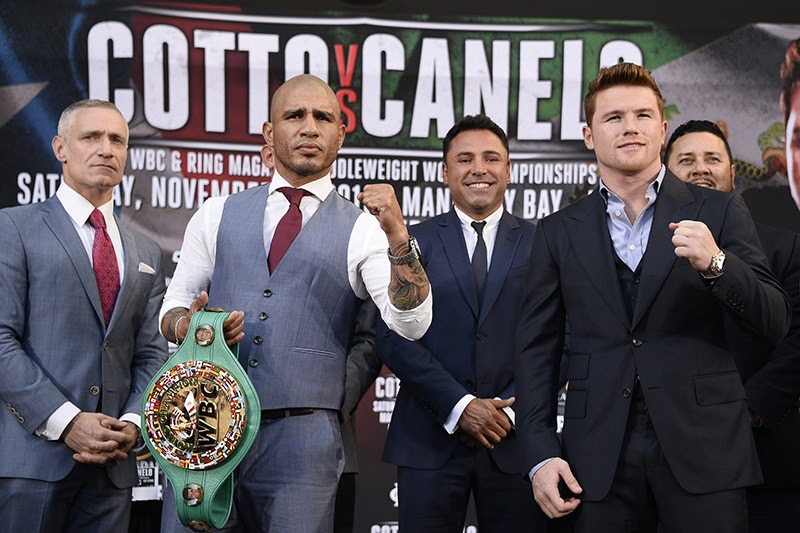 “I am very grateful that I am always welcomed here in Mexico and shown great respect. The support of Mexicans is unmatched. It is an honor to fight Miguel Cotto,” said former Two-Time Super Welterweight World Champion Canelo Alvarez on Aug. 25 in Mexico City.

“This is a match-up of epic proportions, can’t-miss action styles and passionate fans bases, as is evident by the crowd here today,” said Roc Nation President and Chief of Branding and Strategy Michael Yormark on Aug. 26 in New York City. 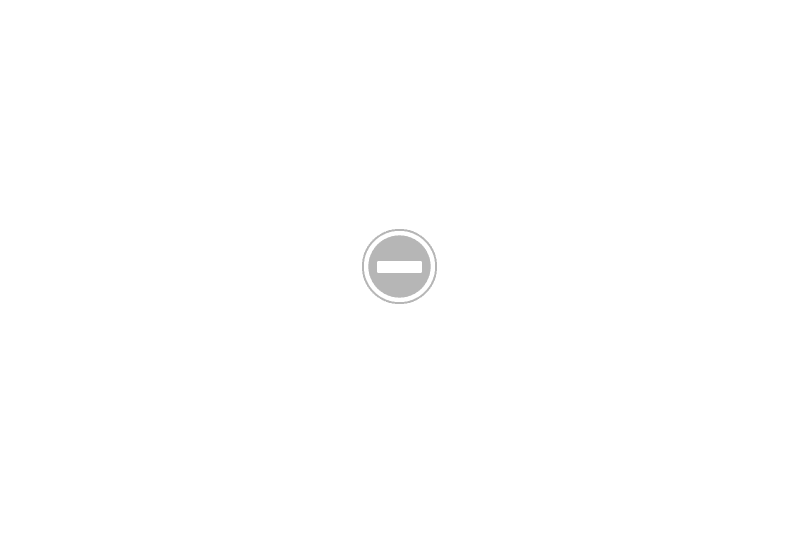 “I’m going to get this victory for all Puerto Ricans around the world,” said WBC and Ring Magazine Middleweight World Champion Miguel Cotto on Aug. 28 in Bayamón, Puerto Rico.

Cotto vs. Canelo, a 12-round fight for Cotto’s WBC and Ring Magazine Middleweight World Championships, takes place Saturday, Nov. 21 at the Mandalay Bay Events Center in Las Vegas. The fight is presented by Roc Nation Sports, Golden Boy Promotions, Miguel Cotto Promotions and Canelo Promotions and sponsored by Corona Extra; Mexico, Live it to Believe it!; O’Reilly Auto Parts and Tequila Cazadores. The Cotto vs. Canelo press tour was sponsored by JetSmarter. The event will be produced and distributed live by HBO Pay-Per-View beginning at 9:00 p.m. ET/6:00 p.m. PT. Follow the conversation using #CottoCanelo.