Antonio Tarver and Steve Cunningham weighed in ahead of their heavyweight headliner in Newark New Jersey on Friday night. 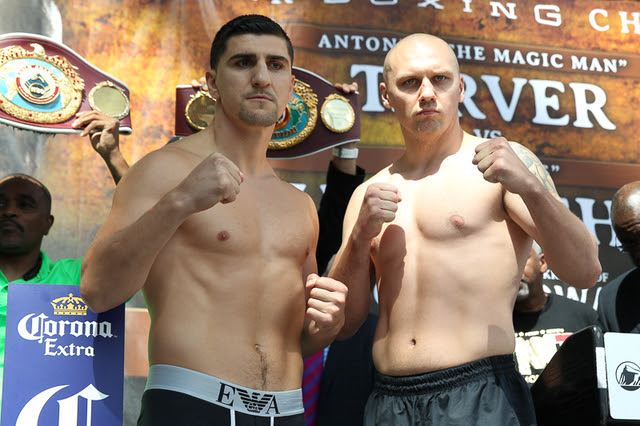 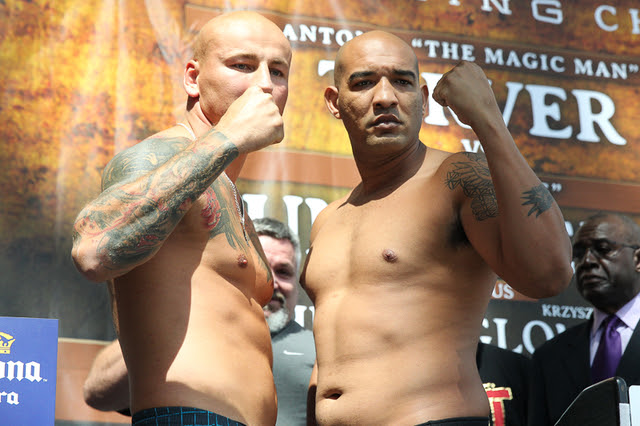 Tickets for the event, which is promoted by DiBella Entertainment in association with Warriors Boxing and Huck Sports Promotion are priced at $150, $100, $70 and $45, not including applicable service charges and are on sale now via Ticketmaster.com, charge by phone at 1-800-745-3000 or any Ticketmaster outlet. Tickets may also be purchased at Prudential Center’s box office.