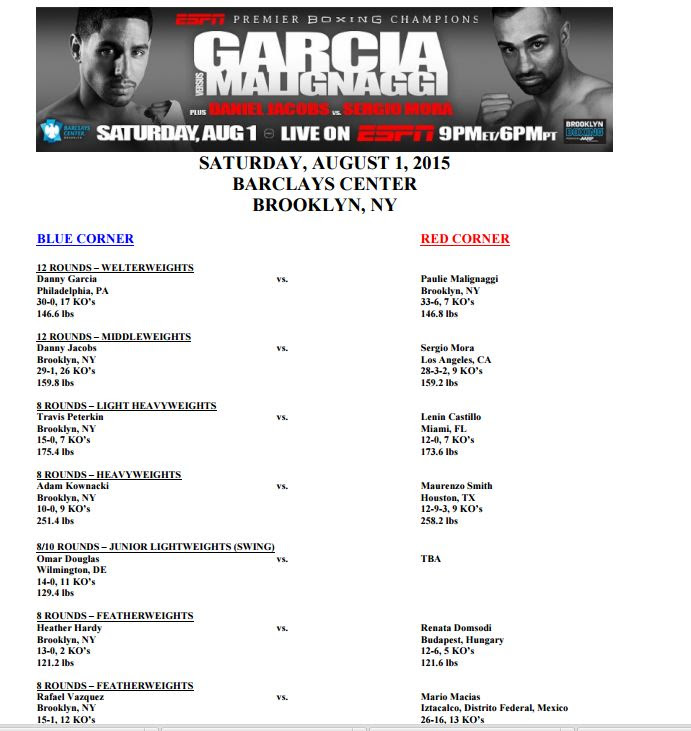 ESPN Deportes also will televise the doubleheader live as part of its Noche de Combates series and ESPN International will present live coverage across its networks in Latin America, Brazil, the Caribbean and Pacific Rim.