Mayweather, 38, told the ‘Pacquiao’ doll to ‘stop lying’ about the injured shoulder that Pacquiao stated he suffered before their May 2 fight at the MGM Grand in Las Vegas that earned both superstars a staggering amount of money. 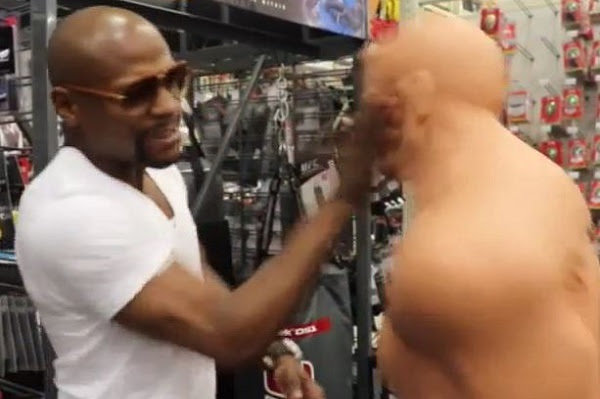 ‘Pacman’ has now hit back with a sympathetic yet highly insulting reply and says pound-for-pound king Mayweather’s actions are down to his background and not that of someone in such a revered position at the top of his sport.

“We should understand Floyd Mayweather Jr. because of his family background. He hailed from a family of ex-convicts, and he himself is an ex-convict.

“We could not blame him because his action just showed the kind of family upbringing he had,” Pacquiao said in a statement through PR manager Aqui Zonio.

“It only reminds me of what he did to his ex-wife. I hope he would find time to reflect on his life and repent for the sins he committed in the past,” said the Filipino boxer.

“A real champion is gracious both in his words and conduct. Someone who is a champion not just in his chosen field of endeavor, but even in his own home and private life,” he added.

The reply comes in the week when Pacquiao’s promoters Top Rank launched a $100m lawsuit against Mayweather’s trusted advisor Al Haymon to all but rule out a second fight between the two in the future.