Adrien Broner landed himself in it once more as the former world champion posted pictures of himself on social media holding a gun just days after his loss to Shawn Porter.

Accompanying the post was an alarming ‘f*** boxing’ statement that led some to fear for the fighter’s safety. Upon receiving some worrying replies, Broner then re-posted another picture with the gun (apparently attached to a lead, so only immitation) in a less threatening pose in a bid to calm the sitiuation, although still did himself no favours as America still mourns the loss of nine people slain in the shocking Charleston shooting recently.

The 25 year-old has previously landed himself in trouble for posting videos of himself having sex and flushing money down the toilet, and despite friend Floyd Mayweather’s best efforts to curb his behaviour, it seems Broner wants to continue to be ‘The Problem’. 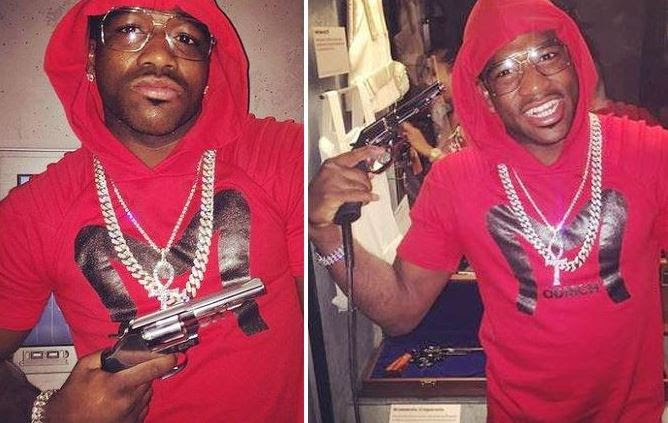 Broner looked lost on Saturday night as he was out-boxed by Porter for the majority of their contest at the MGM Grand. A late knockdown failed to save Broner from what was another damaging defeat and has once again heeded calls for the Cincinnati man to move down to super lightweight.

A previous move above 140 against Marcos Maidana also ended in a humbling defeat and Broner was thought to be eyeing one of the world title holders at the lower weight until announcing the Porter fight.

What the troubled ‘About Billions’ CEO does next is anyone’s guess, although Broner did say he would return to action in September.