Rances Barthelemy and Antonio DeMarco both weighed in at an identical 139.4lbs for their headlining clash in Las Vegas on Sunday night.

The pair of super lightweights square-off in the second part of a special double event arranged by Al Haymon’s Premier Boxing Champions outfit.

Barthelemy, 28, steps up in weight to the full-blown 140lb limit for the first time since his reign as IBF lightweight champion and could be in line to face current belt holder Lamont Peterson with victory.

On the other hand, 29 year-old DeMarco has fully acclimatised to the higher division having also enjoyed a spell as a recognised title holder with the WBC at 135lbs.

Below is the full weights sheet: 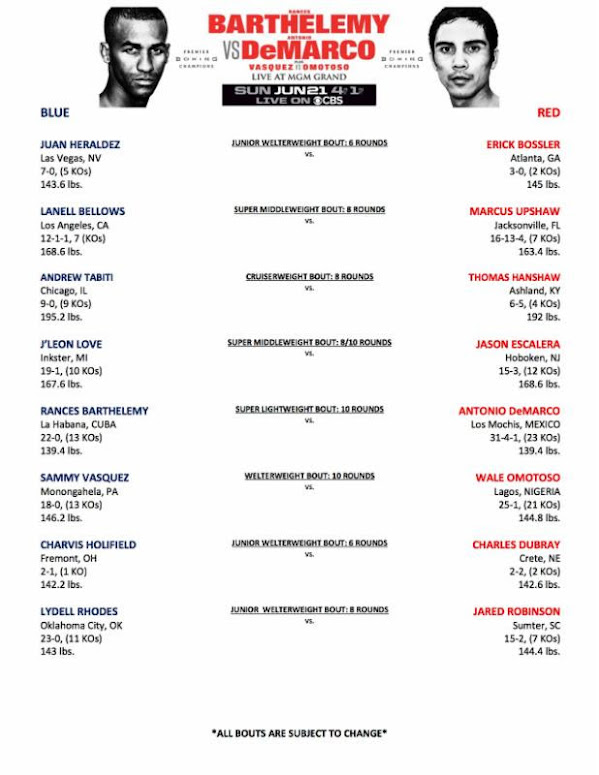