Both fighters made weight for the vacant IBF middleweight title bout taking place on Saturday night at the Bell Centre in Montreal, Canada.

Hard-hitting contender David Lemieux hit the scales at 160lbs, although had to weigh-in twice due to a mob of people on stage. For a time, there was some confusion, which was eventually ironed out and the Golden Boy star is good to go for this weekend’s clash.

Opponent and former WBO title holder Hassan N’Dam had no problems when he took centre stage as the Gary Hyde-managed Frenchman came in at a relatively light 158.6lbs (pictures by Golden Boy).

The victor of the contest will be the new owner of Jermain Taylor’s ex-championship and be right in the mix for a unification in the forthcoming months. 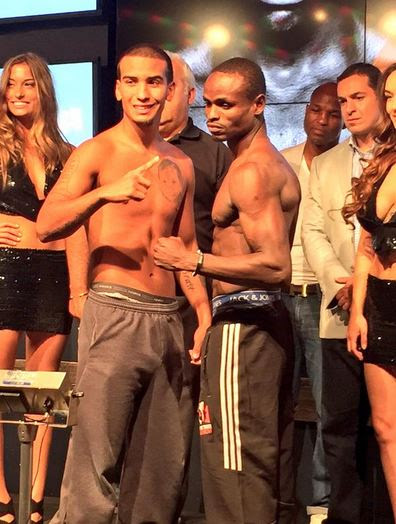