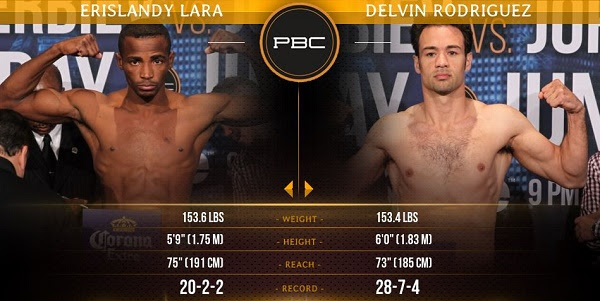 Delvin Rodriguez (28-7-4, 16 KOs) will square off against WBA World Super Welterweight Champion Erislandy “The American Dream” Lara (20-2-2, 12 KOs) in a 12-round title affair at UIC Pavilion in Chicago on Friday night, June 12. SPIKE TV will televise on its Premiere Boxing Champions series at 9:00 PM.

During a 39-fight career, Rodriguez has faced off against such champions as Miguel Cotto and Austin Trout, while notching victories against top-caliber fighters like Mike Arnaoutis, Shamone Alvarez and Pawel Wolak.