Floyd Mayweather is fighting to keep hold of the WBO welterweight title he took from Manny Pacquiao on May 2 despite announcing his intention to vacate all his belts in the aftermath of the event.

The pound for pound king made it public that he felt it was time to ‘let others fight for the titles’ at a post-fight press conference in Las Vegas last month, which then led to the WBO ruling on a fight for the vacant title between Timothy Bradley and Jessie Vargas on June 27.

Upon hearing the WBO’s intention, Mayweather called in his lawyers to stop the World Boxing Organisation from allowing anyone to fight for the title and stated that he hasn’t yet made up his mind whether to relinquish his titles.

WBN has acquired the initial paperwork from Mayweather’s lawyer instructing the WBO of his decision and has now been given extra time to made a final decision.

Mayweather has a deadline of July 3 in place, meaning the fight between Bradley and Vargas will not initially be for the vacant 147lb belt. The WBO may then decide to award the victor the championship at a later date once ‘Money’ has given the nod.

See below for documents of paperwork. The full ruling is available on the WBO website at wboboxing.com 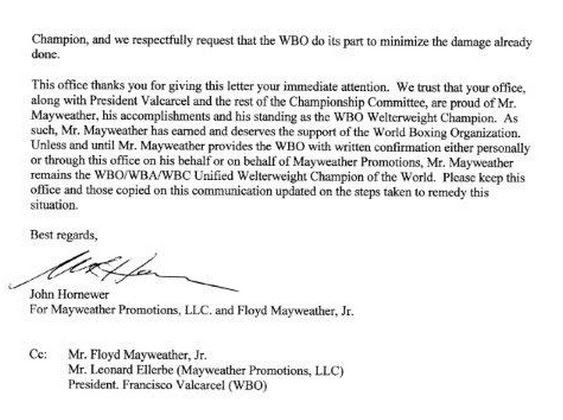 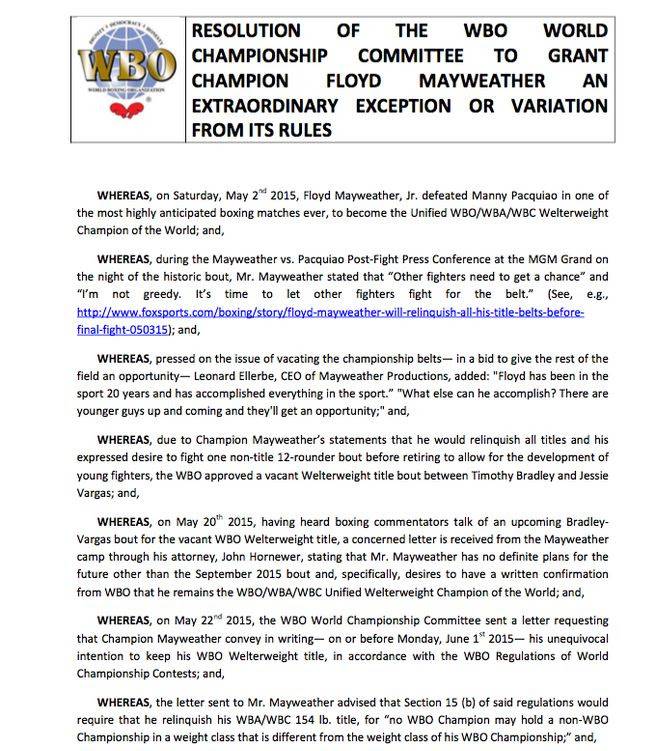 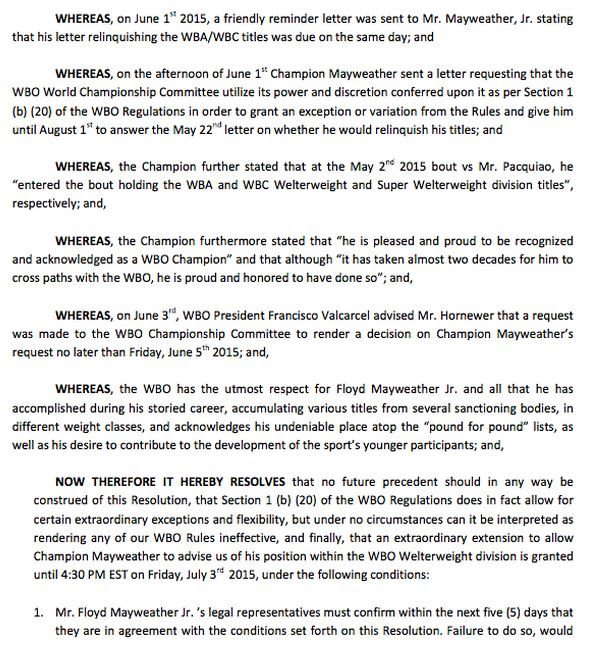 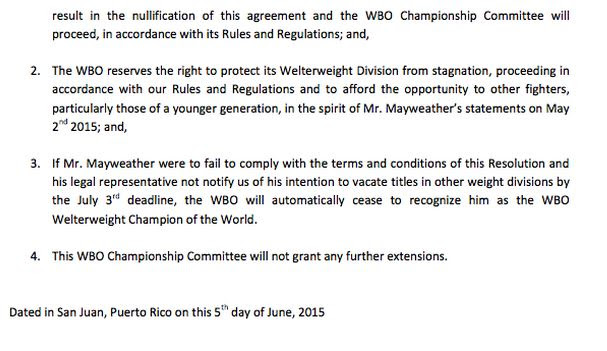