Cotto, 34, puts the green belt on the line for the first time since dethroning Sergio Martinez in fine style almost exactly one year ago to the day.

The Puerto Rican weighed in just over 153 and a half pound (not even making the limit for super welterweight) for what is a stipulated 157lb contest amidst calls by some to abolish catchweights in world title contests.

Opponent Geale, also 34, attempts to regain his standing at the top of the sport following a brief reign as unified champion in 2012. 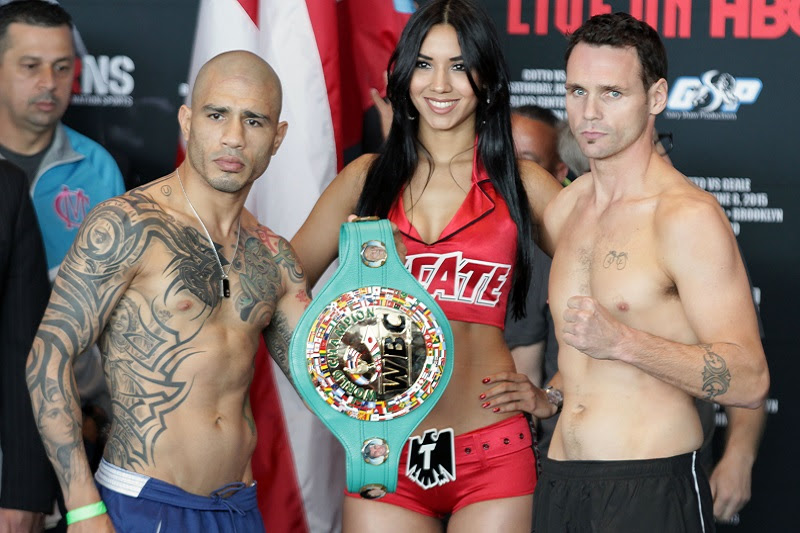 The pair square off at the Barclays Center in Brooklyn and will be backed up by ex-world champion Wilfredo Vazquez Jr fighting Fernando Vargas over eight rounds at featherweight.