The 28 year-old won’t even contemplate sharing a ring with Brook despite stating that he would be interested in a UK battle if the Sheffield fighter won a version of the world title.

Recent developments have seen Brook pick up the IBF title impressively on US soil. He has since successfully defended it twice with crushing stoppages over ranked opponents in his home country.

Despite this recent form, coupled with Brook now possesses a standout 35-0 record, Khan still doesn’t entertain a potential stadium-filler at Wembley in the UK.

Khan only has eyes for the pound for pound king’s September 12 return.

The consensus is that Khan, the number one contender with the WBC, is high on the shortlist to be Mayweather’s next opponent. However, it is also common knowledge that anyone who holds a title belt will also be in the two-weight champion’s thoughts. 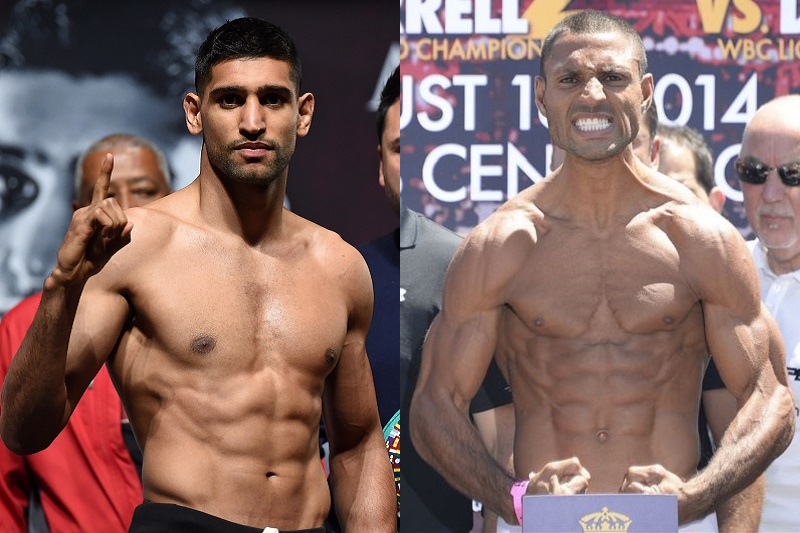 Enter Brook, Keith Thurman, and the winner of Timothy Bradley v Jessie Vargas later this month. All of whom will be in with a chance of being in the opposite corner to Mayweather when the first bell rings for what could be the world number one’s final fight.

As Brook and Thurman hold the most prominent records, they would seem to be ahead of Vargas, who has only just entered the 147lb fray. Whilst a win for Bradley on June 27 may not convince Mayweather to fight someone who rivals Manny Pacquiao beat so easily.

Given the fact that Khan has been overlooked in the past three windows of opportunity, having at one point been promised the fight, it could be argued that Brook and Thurman are the two favorites to be chosen to face ‘Money’ in the fall.

Due to the elimination process, Thurman has a fight lined up in July against Luis Collazo. It seems unlikely that Mayweather would announce a clash whilst his compatriot is still in the midst of full-scale training. The word is that Mayweather’s foe could be named in just two weeks.

That leaves Brook and Khan possibly in a 50-50 situation for Mayweather unless the former Olympic bronze medallist throws a massive curveball and goes in an entirely different direction.

On paper, Brook holds all the aces due to his superb record of never tasting defeat and having the red belt firmly around his waist – which would be a bitter pill for Khan to swallow if ‘The Special One’ was to get the nod.

Mayweather v Brook would take away what many believe will be the last chance anybody gets to take the most elusive ‘0’ in boxing as speculation continues to mount that the first Briton since Ricky Hatton will challenge this generation’s greatest boxer in the coming months.