Brook, 28, has made no secret that Rios is on his shortlist for what will be a second homecoming for ‘The Special One,’ potentially at a football stadium in Sheffield in August or September. Both sides have made it public that contact has been made about the clash.

Before this week, ex-WBA lightweight champion Rios was unranked by the organization. Therefore, it wouldn’t have been able to meet the requirements for Brook’s next voluntary defense of the title – although recent developments have changed all that. 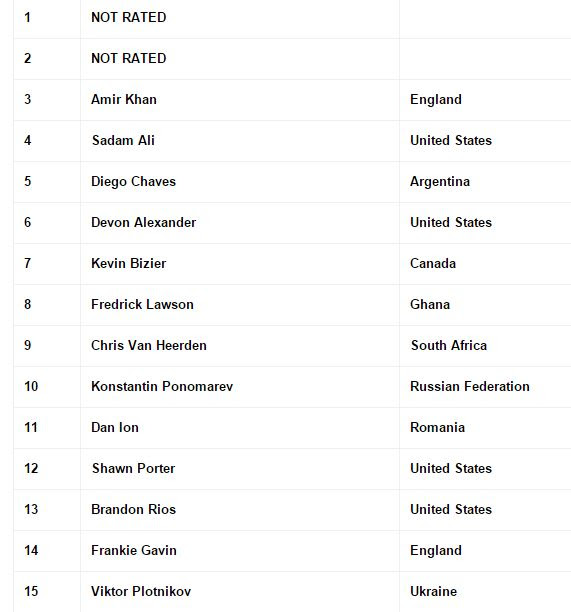 Rios has been placed at number 13, meaning the 29 year-old is eligible to challenge Brook for his title before the champion fulfills any mandatory stipulations. IBF Chairman Lindsey Tucker informed WBN that Brook could face anyone in the top 15 until October 28 of this year, and Rios is one of those contenders that Brook could now consider.

“Kell Brook is in an optional period now following his mandatory against Jo Jo Dan in March and can fight anyone in the IBF’s top 15 rankings until October 28, 2015,” Tucker told World Boxing News.

As the top two places are unrated and Frankie Gavin was defeated convincingly by Brook last month, there are twelve possible foes for Brook and promoter Eddie Hearn to mull over. However, number three-ranked Amir Khan has already ruled himself out.