Mitchell, 30, looked deformed at the time of his tenth round stoppage defeat to the hardened Venezuelan. He was suffering a badly swollen eye the Londoner says was caused by early headbutts from the belt holder.

A visit to the hospital for a patch-up job that included several stitches to his wounds has done the trick for Mitchell.

The two-time world title challenger is already eyeing a rematch with Linares once he is fully healed.

Considering how Mitchell looked at the end of the O2 Arena bout, he has made remarkable progress just five days on. 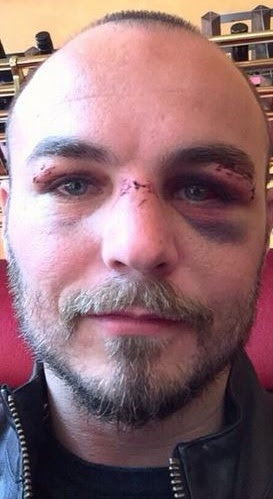 ‘The Hammer’ and Linares engaged in a bloody see-saw clash that came to a head late on when Mitchell could no longer see out of his left eye.

Tentative contact has already been made about a return that would certainly be most welcome.

It is thought that Kevin Mitchell would be forced to travel to the US if he is to gain another opportunity to take Linares’ title.