British lightweight star Kevin Mitchell has revealed how his war wounds are healing following his devastating loss to Jorge Linares on Saturday night.

The 30 year-old was forced out of his WBC title challenge in the tenth round at the O2 Arena in London – meaning Mitchell has now lost three attempts at a world crown – all via stoppage.

Up until the start of the tenth round, Mitchell had boxed himself into position to push on late and overcome Linares as I had it level after nine rounds of a see-saw battle. Linares rallied though and put Mitchell under sustained pressure in the tenth that saw marks on his face worsen and referee Victor Loughlin was forced to step when the West Ham fan took refuge on the floor.

At the time, Mitchell’s face was a bloody and swollen mess, although after some hospital treatment is already healing well (picture: @KevinMitchell6) as promoter Eddie Hearn plots his fighter’s return. 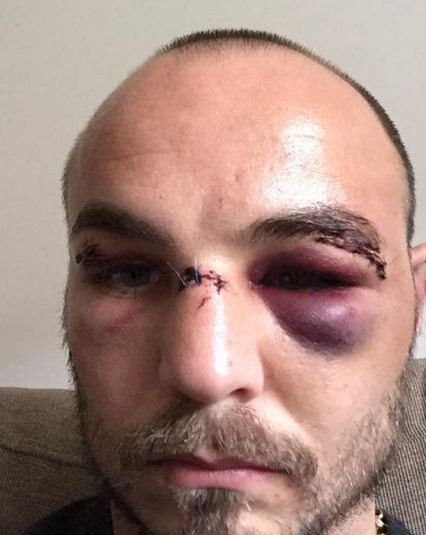 Hearn has confirmed this week that both sides are in talks over a potential rematch but says whatever happens Mitchell will get another shot in the future.

Mitchell has previously lost to Aussie scrapper Michael Katsidis and compatriot Ricky Burns on UK soil in championship fights and may be made to travel if a fourth opportunity is to present itself.