The 27 year-old impressed the watching Sugar Ray Leonard who was present at the Dolby Theater in Hollywood for the event in aid of his foundation as ‘The Heat’ took Ayala out in four rounds to improve his record to 23-1-1.

Ayala, 26, was on the comeback trail following three years out of action and stepping up from lightweight, but Van Heerden dealt with what was put in front of him and can now move on to some sterner tests later this year. 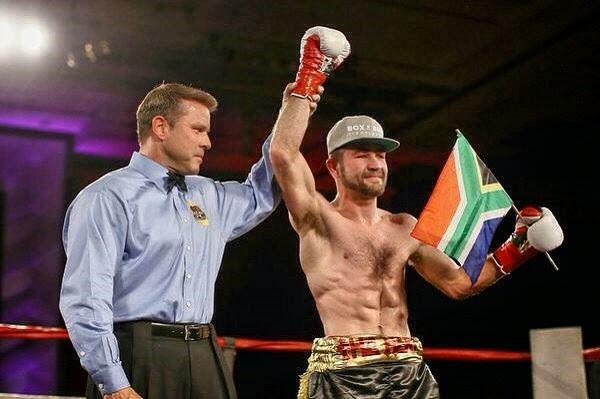 Van Heerden, who trains under world-class mentor Freddie Roach at the Wild Card Gym in LA, held the IBO belt from 2011 to 2013 until making the move stateside to pursue his American dream and a future high-profile TV contest.

A scheduled clash in the UK with former world amateur champion Frankie Gavin recently fell through due to a world title shot for the Briton, although Van Heerden is doing his talking in the ring and hopes to one day seal his chance against one of the bigger names in the 147lb division.

The likes of Brandon Rios, Marcos Maidana and Devon Alexander are all on Van Heerden’s hit-list, and if the likeable fighter keeps up his current vein of form, it’s just a matter of time before those kind of opponents become within reach.