No problems so far as both breezed the 30 day check weigh in ordered by the WBC, which has the main purpose of carefully monitoring the fighters’ weight’ as a health priority. 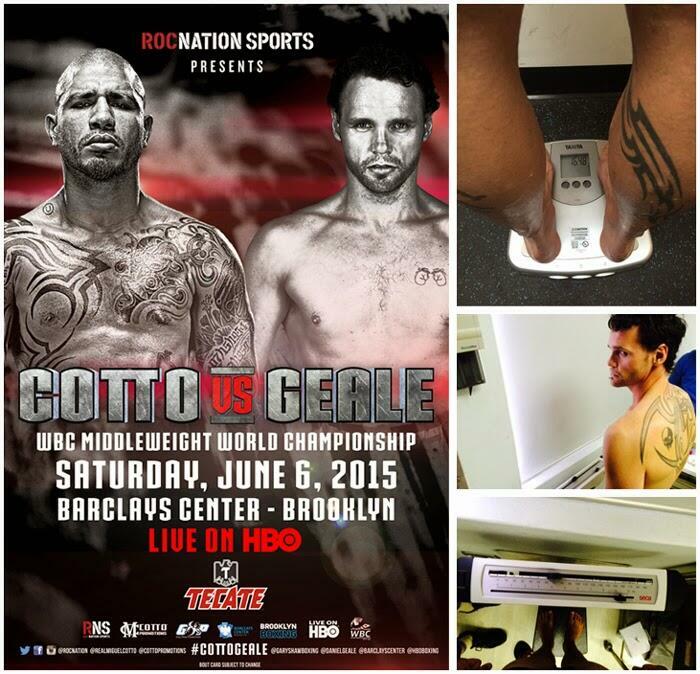 This will be the first title defense of the WBC belt that Cotto conquered last June, defeating Argentinian Sergio “Maravilla” Martínez, at Madison Square Garden in New York.

Cotto says he’s delighted to again be fighting in New York, and he’s fully aware of his rival´s quality, so he’s absolutely determined to give his all!.

Geale replied he’s really motivated for this fight, not only because he will face Cotto, but also because he wants to become the new WBC Champion.