‘Money’ exhibited a magnificent physique, along with an aura of invincibility, as the 38 year-old went through the scaling ceremony as if it was just another event that he was expected to attend. 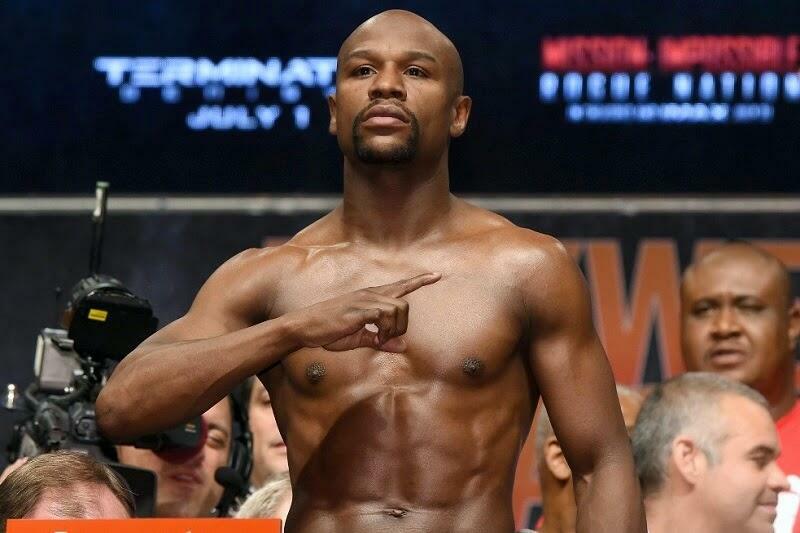 The five-weight champ was courteous, confident and took everything in his stride – even when Pacquiao appeared to thank him at the final head-to-head before the pair finally meet in the ring.

‘Pacman’ himself was boasting his usually ripped body and seemed hyped up for the fight as the crowd in the arena were at least 80 percent for him and roundly booed Mayweather at times. Raising his arms aloft after finalizing what seemed a pleasant staredown, the Filipino, 36, looked excited at what lies ahead of him as Pacquiao attempts to end Mayweather’s near two-decade unbeaten run.

On last night’s evidence it’s hard to gauge who has the mental upper hand at this stage, although it was clear that Mayweather is not taking Pacquiao lightly – and if age is catching up with him, it’s is not showing yet.

WBN MayPac partners Paddy Power are offering UK and Ireland punters a massive 4/1 on Floyd Mayweather or 9/1 for Manny Pacquiao to win if you sign up to Paddy Power here with your money back as a free bet if you lose.

Floyd Mayweather v Manny Pacquiao for the undisputed welterweight and pound for pound championship is live on Showtime and HBO PPV priced at $99.95 in the US, whilst Sky Sports Box Office will broadcast the event in the UK for £19.95.