The Tragedy of Billy Collins Jr.

His father, William Sr, once fought Welterweight Champion Curtis Cokes and wanted his boy to follow in his footsteps, so he trained Billy himself.

Collins Jr. turned pro in 1981, a welterweight, just like his father before him, and impressively won his first 14 professional contests, 11 by knockout with eight inside the first three rounds.

It was 1983, and Billy was matched up against Puerto Rican journeyman Luis Resto on the undercard of Roberto Duran v Davey Moore at Madison Square Garden in a ten-rounder.

Resto wasn’t known for his punching power, but Billy took a sustained beating for the full ten rounds, his face, badly damaged and his eyes were almost shut.

After the fight, in which Resto won on a decision, Billy’s father shook Resto’s hand and noticed there wasn’t much padding in his gloves and tried to alert the referee. The Puerto Rican pulled his hand away and protested his innocence.

After the fight, a full investigation was launched by the New York State Boxing Commission. As a result, it was found that Panama Lewis, Resto’s trainer, had removed an ounce of padding from his boxer’s gloves to give him an unfair advantage.

Lewis was banned from any role in boxing for life, while Resto was told he could not box for at least a year but never fought again.

An assault trial was ordered after the investigation’s findings, and in 1986, Resto and Lewis were found guilty of using Luis Resto’s fist as a deadly weapon, and both served two and a half years in prison. 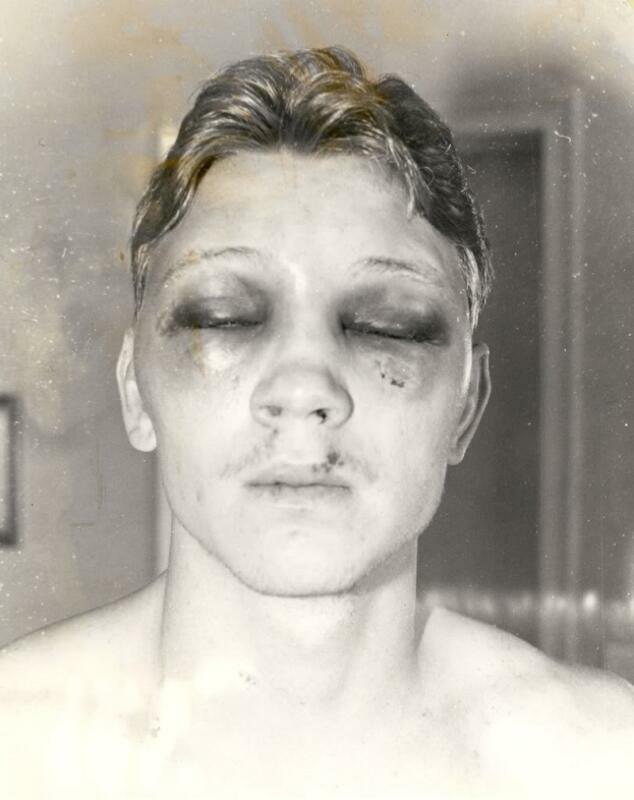 Although both men were convicted, the damage had seemingly already been done. After the fight, Collins suffered a torn iris and permanent blurred vision due to Resto’s cheating and was told he could never box again.

He lost two subsequent jobs and spiraled into a depression. Billy began smoking marijuana and drinking heavily. Violent mood swings then followed, which threatened his marriage to his wife Andrea, who was only 18 and pregnant at the time.

Billy was involved in a car crash near his home in March 1984, which proved fatal, Billy was killed on impact, and many people say that because of the depression and the fact he could never box again, he may have committed suicide.

The family had already launched lawsuits against Top Rank Boxing (the promoters), the referee, and the inspectors. Also, Everlast, who made the gloves used. But now, due to Billy’s death, all got thrown out as a result.

In 2007, Resto belatedly apologized to Collins’ wife (now known as Andrea Collins-Nile) in a documentary. A dramatic twist also revealed that Resto soaked his hands in plaster of Paris before the fight.