The 34-year-old could claim the belt for the second time after previously reigning from 2006-2008 and eventually giving up the title.

Andre Berto then claimed the strap. He held it until April this year when he ran into a hungry Ortiz who took the famous green belt in a thriller.

‘Money’ picked up his first world championship at super-featherweight in 1998. He beat the late Genaro Hernandez.

Since then, Floyd has steadily moved through the weights picking up title after title to reach his current total of seven.

Pacquaio, 32, is himself on seven. However, the Filipino has gone through an incredible seven weight classes to get there. With an international title at featherweight, he has claimed eight titles in eight weight divisions: a record.

The American now has the chance to go one better than the ‘Pacman’ in full world titles if he can defeat the young pretender Ortiz and hopefully set up a welterweight unification with the current WBO champion to give the world’s fans the fight they want to see. 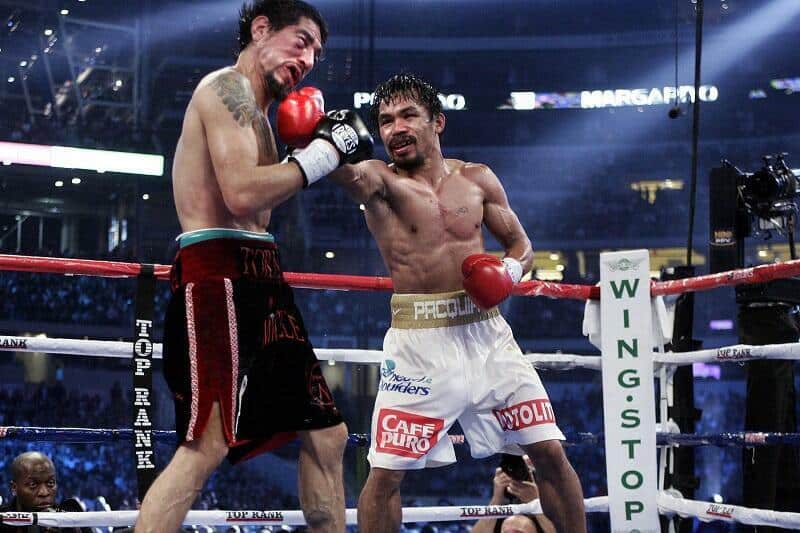